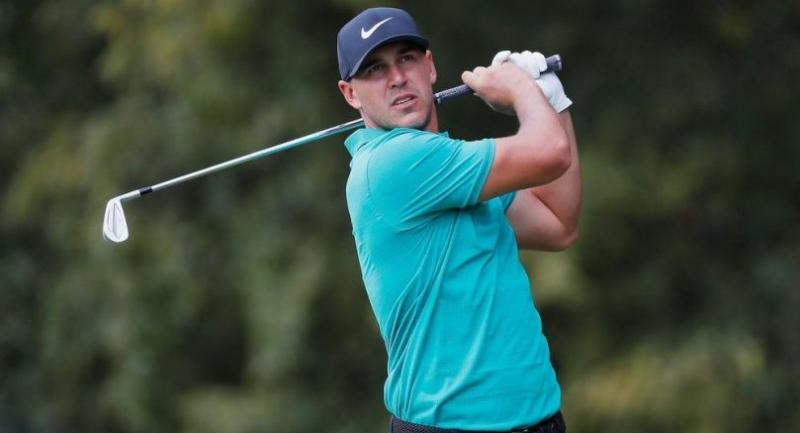 Brooks Koepka likes what he has seen so far at US$9.5 million THE CJ CUP @ NINE BRIDGES.

The powerful American went on a fishing trip off Jeju island on Monday, enjoyed local delicacies in town and liked what he saw at The Club @ Nine Bridges during the tournament’s pro-am.

With this week’s venue being a true bomber’s paradise, Koepke fancies his chances of a winning debut in what is his first appearance in the 2018-19 PGA TOUR season.

“Definitely a ball striker's golf course. I do think I'll be grabbing driver a bit. Felt like the fairways are wide enough where I can really take advantage of my length. I think anytime the rough's down, so even if you are in the rough, you can stop it. It's not as penalizing if you're missing the fairways. You want to be as close as you can to the hole and give yourself the best look,” said Koepka.

He will need to contend against the likes of title holder and 2017 FedExCup champion Justin Thomas, Marc Leishman, who was victorious at the CIMB Classic in Malaysia on Sunday, Jason Day, Hideki Matsuyama and Billy Horschel in South Korea’s only PGA TOUR tournament which is celebrating its second edition.

Si Woo Kim, the 2017 PLAYERS Championship winner, spearheads the Korean challenge alongside other leading local players including Byeonghun An, Whee Kim and Sungjae Im, the recent Web.com Tour money list winner. A total of 13 players from the top-30 of the 2017-18 FedExCup points standing will headline the field in Jeju.

Koepka, the world No. 3, has enjoyed a tremendous season with two wins at the U.S. Open and PGA Championship, which led him to being voted as the 2018 PGA TOUR Player of the Year where he received the award from golf legend Jack Nicklaus.

“To have Mr. Nicklaus there was incredible. That was something neat. I didn't know he was going to be there.  Anytime you can be around him and just kind of pick his brain and talk to him is always fun,” he said.

Thomas, ranked fourth in the world, won last year’s inaugural CJ CUP @ NINE BRIDGES after a playoff against Leishman and he arrived on the back of a T5 at the CIMB Classic following a closing 64.

“I played well on Sunday. I really didn't play very well Thursday, Friday or Saturday, so to get a quality top-five finish in a good tournament like that with far from my best stuff is sometimes just as much as a positive as it is winning.  So hopefully I'm kind of able to feed off of that a little bit here,” said Thomas

Day also gets his 2018-19 PGA TOUR Season off the ground this week and made clear of his intent to challenge for a win. “I set myself goals of winning three times last year (2017-18 Season) and I only won twice. I finished 11th here last year and 11th in China the next week. If I can try and improve on that, get myself in contention and possibly win, it sets up the whole year. That's why I've come back to play,” said the Australian.

Asia’s challenge will be carried by Matsuyama who returns to action after pulling out of Malaysia due to a wrist injury. After ending the 2017-18 Season with three straight top-fives in the FedExCup Playoffs, the 26-year-old knows he must tame the Jeju winds which posed a stern challenge last year.

“It's a very difficult golf course, a lot of blind holes. The wind makes it play very, very difficult. I'm going to really have to be on the top of my game and hit quality shots,” said the five-time PGA TOUR winner.

Si Woo Kim, 23, is amongst the new generation of Korean rising stars. He is counting on a Korean victory which he believes can accelerate further the growth of golf in his country and Asia. “If a Korean player wins here, it’s like winning a major. The PGA TOUR is now in Korea and it can help raise the popularity. If we have a local winner, we’ll certainly attract more fans and golfers into the game,” said Kim.