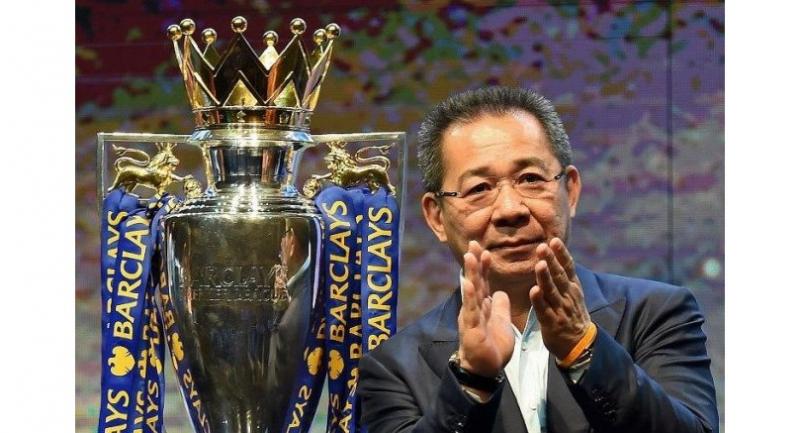 ALTHOUGH Vichai Srivaddhanaprabha’s core business was his King Power shopping empire, the 60-year-old tycoon gained global fame as the owner of Leicester City when he stunned the football world by leading his team of outsiders to the 2015-2016 Premier League title.

A sports enthusiast, like his youngest son Aiyawatt, Vichai bought the Foxes when they were in the second-tier Championship, in 2010. He changed the name of the stadium to King Power in 2011, before the team finally achieved promotion to the English top-flight in 2014.

Vichai appointed Aiyawatt as club vice-chairman and the pair got busy not only investing money on the team but also playing a significant role in recruiting players and deciding on-field strategy.

The work eventually paid off when the Foxes achieved one of the most remarkable feats in sporting history. Under Italian manager Claudio Ranieri, Leicester won the Premier League title in May 2016, defying odds of 5,000-1.

The victory made Vichai the first Thai to lead an EPL club to the title, securing a place in the hearts of Foxes’ fans for generations to come. His easy-going nature and willingness to stop and take photos with supporters had already earned him great affection in the city and further afield.

The Srivaddhanaprabhas also introduced an atmosphere of Thai hospitality and generosity to the King Power Stadium, placing free goodies such as pins, snacks and clappers under every seat. Fans were also provided with free meal boxes while Vichai’s birthday saw the whole stadium invited to a free feast of doughnuts and beer.

But of all the Thai ways introduced at the club, it was the Buddhist rituals performed inside the complex that caught the most attention.

As a devout Buddhist, Vichai regularly invited Phra Prommangalajan, better known as Chao Khun Thong Chai, to visit and lend his players spiritual support. The assistant abbot of Traimitr Withayaram Temple blessed them with holy water before games. Fabric amulets were seen around the top of the stadium and within the facility.

In May 2017, Vichai bought his second football team, Oh Leuven, a second-tier club in Belgium. He recruited Thailand’s national goalkeeper Kawin Thamsatchanan for the project, making him the first Thai keeper to play professional football in Europe.

Vichai never forgot Thai football, initiating the Fox Hunt project in 2015 to select 10 Thai talents under the age of 15 to train at the Leicester City Academy and study at Ratcliffe College.

Tags:
vichai srivaddhanaprabha TOOK AN UNFASHIONABLE TEAM AND ACHIEVED ONE OF THE MOST REMARKABLE FEATS IN FOOTBALL HISTORY Thailand’s unlikely EPL Thailand