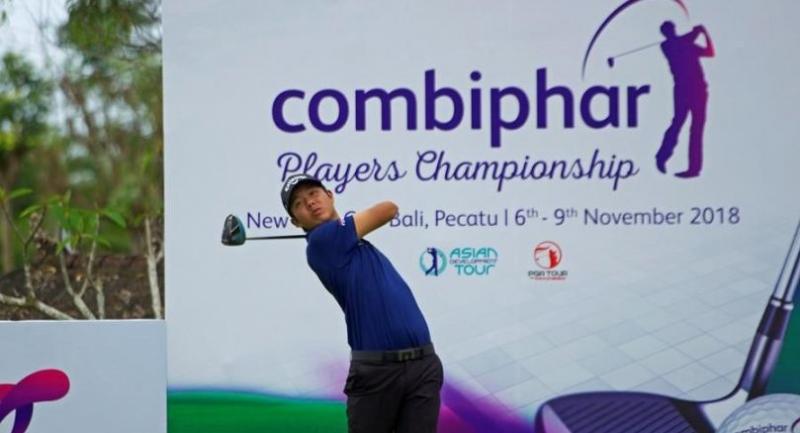 Varanyu, who broke through on the Asian Development Tour (ADT) in May, marked his card with nine birdies, including four consecutive ones from the second hole, against a bogey and a double-bogey to remain atop the leaderboard with a two-day total of 10-under-par 134.

Starting the round with a two-shot advantage, the 21-year-old Varanyu birdied his opening hole on the 10th before play was suspended at 7.34am local time for about 3.5 hours due to lightning threats. It was later abandoned for the day at 6.04pm due to fading light.

A total of 49 players, including defending champion Wolmer Murillo of Venezuela, will return to the New Kuta Golf in Bali at 6.40am on Thursday to complete their rounds with the third and penultimate round scheduled to start not earlier than 9.00am.

Singapore’s Gregory Foo, who is playing in only his second start as a professional golfer, posted a 68 to move to second place. India’s Samarth Dwivedi and Thailand’s Thitipat Phatam also returned with matching 68s to stay a further shot back in third at the US$100,000 event.

The halfway cut is projected to be at one-over-par 145 with the leading 50 players and ties progressing into the final two rounds.

Varanyu, who had led from start to finish to claim his maiden ADT title in what was his first start on Tour this season, was delighted to put himself in position for another title bid on the secondary circuit, which was inaugurated in 2010 as a gateway to the premier Asian Tour.

The young Thai, however, lamented a cold putter which saw him missed two five-footers for bogeys on the 13th and 16th holes and also making four putts for a double-bogey on the sixth.

“I kind of lost my momentum after the rain suspension but I thought I hung in there pretty well. It’s been a long day but I am actually hitting the ball better now. I just struggled with my putting on a couple of holes,” said Varanyu, who turned professional in 2015.

Foo, who has enjoyed an illustrious amateur career prior to joining the play-for-pay ranks last month, is feeling upbeat about his title quest at the Combiphar Players Championship.

“I am very happy with my round. I played really well and gave myself a lot of chances out there. It was a little tricky with the rain suspensions and the wind picking up in the afternoon but I managed to stay patient,” said Foo, who fired five birdies against a bogey for a 68.

“It definitely feels a little different playing as a professional, knowing that I am playing for myself now and doing this as a career. Having the other Singaporean players around definitely made the transition easier and it gives me a sense of familiarity too.

“I’m enjoying it so far even though it’s been only a few weeks. It’s something I have been looking forward to for a while and I did my best as an amateur to prepare for it so I am really motivated and excited to do well,” added the 24-year-old Singaporean.

Being one of the richest events on the ADT this season, the Combiphar Players Championship will be crucial in the race for the Order of Merit title, as well as the seven coveted 2019 Asian Tour cards on offer.

The Combiphar Players Championship marks the Tour’s third and last stop in Indonesia this season. It is also the penultimate event of the 2018 ADT season which will culminate with the PGM Maybank Championship in Malaysia at the end of the month.