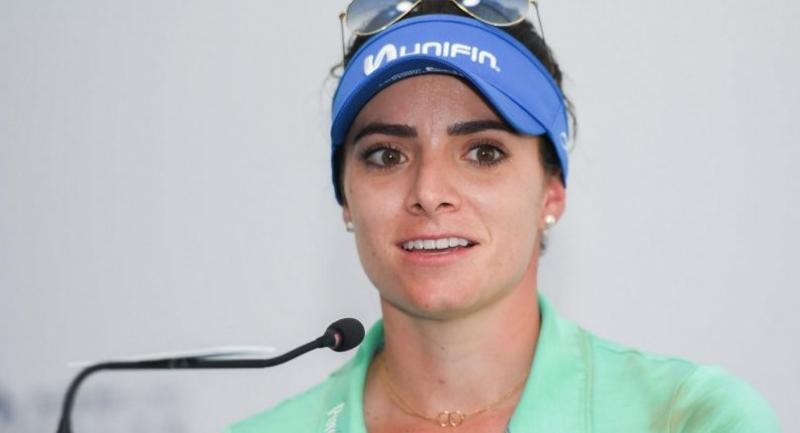 Mexico's 136th-ranked Gaby Lopez celebrated the biggest victory of her career on Saturday when she triumphed at the $2.1 million Blue Bay LPGA in China.

An emotional Lopez beat off world number one Ariya Jutanugarn of Thailand and a late challenge from France's Celine Boutier for her maiden victory on the US-based LPGA Tour.

Lopez carded a final-round 73 to go eight under for the tournament on the island of Hainan -- where wind has been a factor all week -- and a one-stroke win.

She was drenched in water by her rivals and wiped away tears at the end.

Lopez had marked her 25th birthday on Friday by hitting a hole-in-one at the 17th hole and grabbing the third-round lead.

Jutanugarn finished second on seven under and Boutier, ranked 150th in the world, was third, a further shot back, after shooting a sparkling six-under-par 66.

There was a tie for fourth between Danielle Kang of the United States and South Korea's Kim Sei-young.