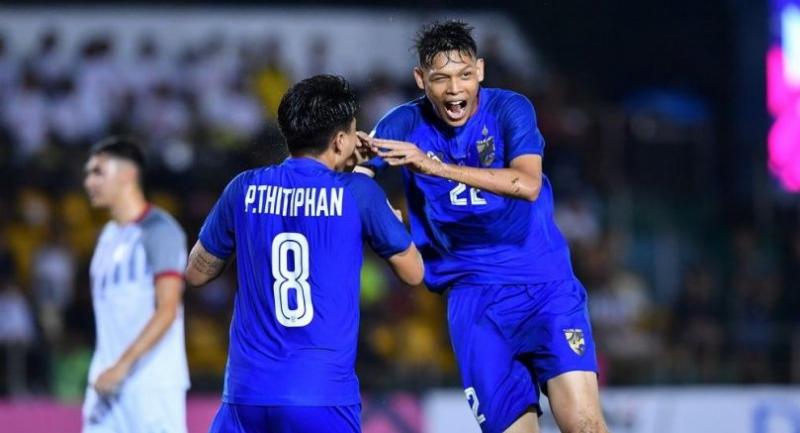 Bacolod - Thailand and the Philippines were locked at 1-1 tie in the highly anticipated AFF Suzuki Cup game in Bacolod after a late goal from Jovin Bedic earned the home side a share of the spoils.

The two teams came into the Group B encounter in first and second in the group, locked together on six points, with Thailand ahead on goal difference only, so both teams were desperate for all three points knowing it would all but secure their place in the knockout rounds.

Having scored seven goals in his first two games of the tournament, Adisak Kraisorn is a player full of confidence and he showed that in just the second minute when he tried an audacious lob of Michael Falkesgaard from half way.

The Azkals first clear chance came after half an hour when Stephan Schrock’s cross was headed over by Patrick Reichelt.

Japanese-born winger Daisuke Sato then had a chance to open the scoring for Sven-Goran Eriksson’s side, but after nice build up place from Schrock he pulled his effort wide.

Coming out for the second half it was the home side who again created a glorious chance, but this time Phil Younghusband hit his close range effort straight at Chatchai Budprom.

The Philippines would be made to pay for their wastefulness in front of goal on 56 minutes when some quick one-touch passing saw Philip Roller played into space down the right, crossing the ball into the area where Supachai Jaided poked home to give Thailand the lead.

But just as Thailand looked headed for their third straight defeat a goalkeeping error gifted the home side an equaliser.

Bedic’s shot from the edge of the area was deflected, striking the post and rolling across the front of goal, with the ball curling just out of the reach of Chatchai, who tried valiantly to keep the ball out.

The draw means Thailand and Philippines stay locked at No 1 and 2 of Group B, both on seven points, just one ahead of Singapore heading into the final matches on Sunday. Thailand play host to Singapore in Bangkok, while the Philippines travel to Jakarta to take on an already-eliminated Indonesia.