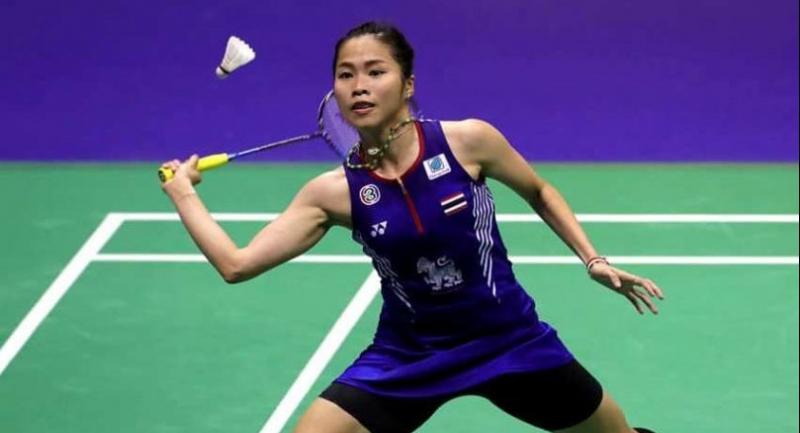 A six-strong Thai contingent led by Ratchanok Intanon will take part in four events at the BWF World Tour Finals which starts tomorrow at the Tianhe Gymnasium in Guangzhou, China.

The Kingdom has representatives in each of the men’s and women’s singles, women’s doubles and mixed doubles, missing only the men’s doubles in the season-ending tournament.

Only eight singles players and eight doubles pairs, with the best accumulating points from 25 BWF World Tour events, have been invited to compete for the overall prize money of US$1.5 million.

World No 8 Ratchanok, semi-finalist in 2012, 2015 and 2017 is placed in the women’s singles group B along with 2017 world champion Nozomi Okuhara of Japan, Chen Yufei of China and Michelle Li of Canada.

The top two players in the round-robin competition will move into the knockout stage against their counterparts in group A, which contains world No1 Tai Tzu-ying of Taiwan, defending champion Akane Yamauchi of Japan, PV Sindhu of India and Malaysian Zhang Beiwen of Malaysia.

On the men’s side, Thai No2 Kantaphon Wangcharoen is in group B alongside current world champion Kento Momota of Japan, two-time Thailand Masters champion Tommy Sugiarto of Indonesia and Sameer Verma of India.

“I have been training hard for three weeks in preparation for this tournament. My plan is to finish top two in the group and make it to the semi-finals,” said 20-year-old Kataphon

World No2 Shi Yuqi of China, No3 Chou Tien Chen of Taiwan, No6 South Korean Son Wan-ho and No7 Anthony Sinisuka Ginting of Indonesia are in group A.

In the women’s doubles, Thai No 1 pair Jongkolphan Kititharakul and Rawinda Prajongjai have been drawn in a tough group A, which features world No2 Misaki Matsutomo and Ayaka Takahashi of Japan, No3 Mayu Matsumoto and Wakana Nagahara of Japan, plus Thailand Open and India Open champions Greysia Polii and Apriyani Rahayu of Indonesia.

Mixed doubles world No7 Dechapol Puavaranukroh and Sapsiree Taerattanachai are also in a gritty group A, where they will play world No1 Zheng Siwei and Huang Yaqiong of China, Yuta Watanabe and Arisa Higashino of Japan and Chan Peng Soon and Goh Liu Ying of Malaysia.