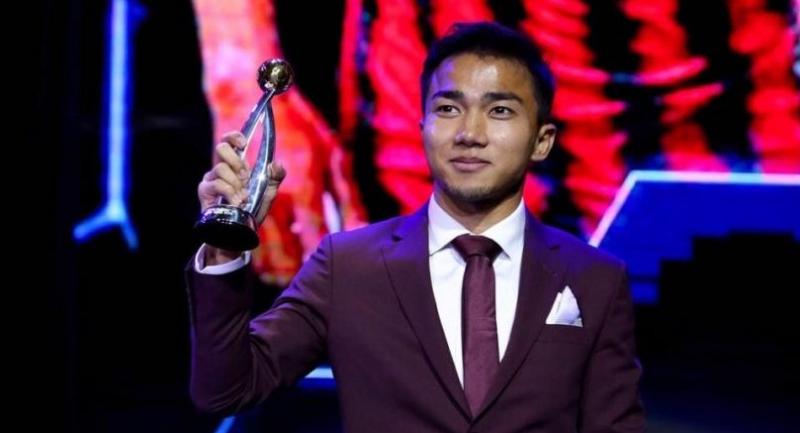 Chanathip Songkrasin with the Best Men’s Player trophy of the Year award.

Thailand striker Chanathip Songkrasin was voted Best Men’s Player of the Year in the FA Thai Award in Bangkok yesterday.

It’s a double celebration for the 25-year-old Hokkaido Consadole Sapporo player, who on Tuesday was also picked for the Best 11 award during the J League Awards in Yokohama.

"It's an amazing year for me and my club. The award in Japan is definitely the highlight of my career because I won it on behalf of the Thai people," said Chanathip after the award presentation in Bangkok.

Chanathip has been the Kingdom’s outstanding player in 2018 and is the first Thai to enjoy huge success in J-League, where he scored eight goals in the past season and helped his side to a record fourth placed finish in the League. He is also the first from Asean to feature in the Best 11.

His next mission is to help Thailand in the Asian Cup which will take place at the United Arab Emirates next month.

"We have to work hard and fix on our weaknesses for the Cup. I'm proud to be in the national team again," he said.