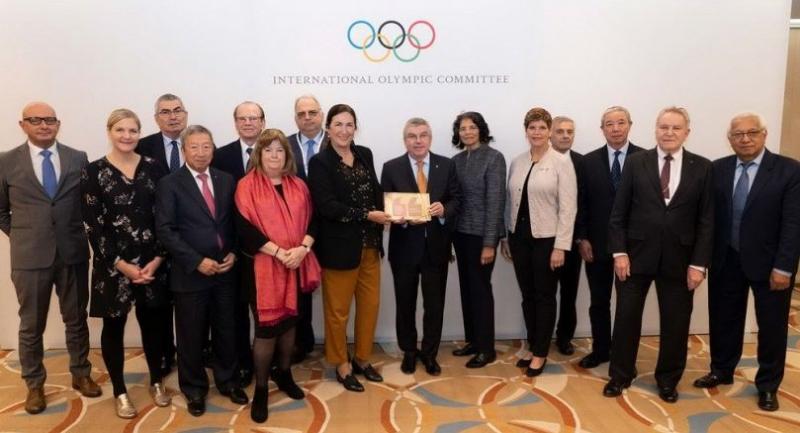 The International Olympic Committee was presented the first "Power, Together" Award due to its commitment to gender equality last week.

IOC MEMBER MARISOL CASADO, WHO IS ALSO THE PRESIDENT OF THE INTERNATIONAL TRIATHLON UNION (ITU), HAD RECEIVED IT ON BEHALF OF THE IOC IN REYKJAVIK, ICELAND ON FRIDAY.

She presented the award to IOC president Thomas Bach and the IOC Executive Board during the meeting in Tokyo.

The three recipients of the first “POWER, TOGETHER” Award were chosen by Women Political Leaders (WPL), the Government of Iceland and the Parliament of Iceland. According to the World Economic Forum's Global Gender Gap Report, Iceland is the best country for women. The awards ceremony took place during the “Women Leaders Global Forum”, a conference that brought together people from all walks of life: politics, business, tech, science, media and sports. The Forum is held on an annual basis and is co-hosted by the WPL and the Government and the Parliament of Iceland, co-chaired by leaders of the OECD, World Bank and World Economic Forum.

“The only way to advance society is using our power, together,” said Women Political Leaders President Silvana Koch-Mehrin. “Together, we can create societies of strong diversity and inclusion, and produce the progress we want to see to have equality for women and men.”

The other recipients of the first “POWER, TOGETHER” Award besides the IOC were the #MeToo Movement and the African Women Leaders Network.