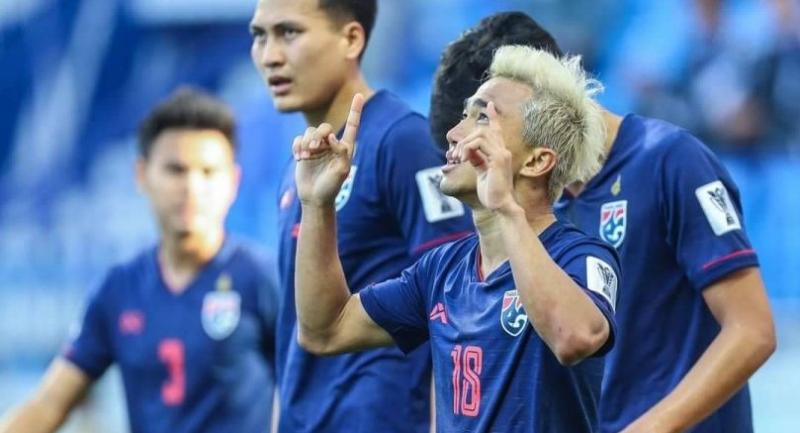 Matchwinner Chanathip Songkrasin believes Thailand can still reach the Asian Cup round of 16 after his wonder strike secured a 1-0 win over Bahrain and lifted the Kingdom’s spirits from the depths of despair.

Hopes of progressing in the region’s top tournament had virtually evaporated after the 4-1 opening-game loss to India that led to the instant sacking of coach Milovan Rajevac.

Under the charge of caretaker coach Sirisak Yodyadthai, however, the War Elephants roared back to life thanks to a stunning 49th-minute volley from the Consadole Sapporo star.

It revived Thai hopes, clinched just their second win in 22 Asian Cup games and was their first win over Bahrain for 38 years.

“We have been through a lot of things but it’s the team spirit that united us,” said diminutive midfielder Chanathip, 25, after netting his sixth international goal in his 47th appearance.

“Everyone in the team ran a lot and helped each other. This win was worth the exhaustion.”

The battling performance also restored faith among Thai fans, who took to social media to salute their attitude and applaud the more adventurous approach that had been absent for so long under Rajevac.

With one win and one defeat, Thailand, are now third in Group A behind hosts the United Arab Emirates (four points) and India, who also have three but a better goal difference, courtesy of the thumping win over Thailand. Monday’s encounter with the UAE will decide Thailand’s fate.

A win would propel the Kingdom into the round of 16 as either group winners of runners-up, while a draw could yet take them through as one of the four best third-placed finishers, depending on results from the other five groups. A loss, however, would almost certainly condemn them to an early exit.

However, Chanathip, Thai FA’s Player of the Year in 2018, is confident that the new-found momentum will help them achieve their primary target of at least making the knockouts.

“The game with the UAE will be tough but we are going in the right direction. If we continue this way, there’s still a chance,” Chanathip said.

“We had to change the players as we had a new game plan,” said Sirasak after prevailing in his maiden game in charge. “I told them that if they stuck to the game plan, we would make it.

“But as of this point, I cannot guarantee who will be picked for the game with the UAE. I have to figure out a game plan first and use the most suitable players.

Monday’s do-or-die encounter with the UAE will be played at the Hazza bin Zayid Stadium in Al Ain (11pm Bangkok time) and will be broadcast live on Channel 7 and Fox Sports. India play Bahrain in Sharjah at the same time, guaranteeing that no team can gain an advantage by knowing the result of their opponents’ match beforehand.