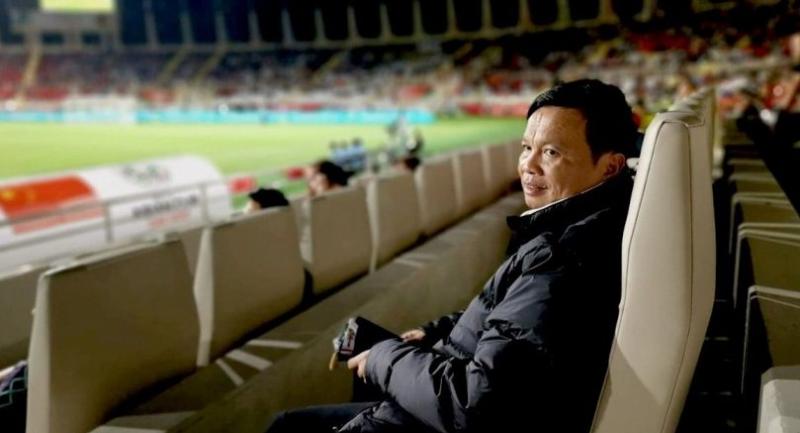 I spy: Sirisak Yodyadthai watches from the stands as Thailand’s next opponents, China or South Korea, meet in their group finale on Wednesday. China lost the game so Thailand will play them in the round of 16.

Interim coach Sirisak Yodyadthai is relieved that Thailand will take on China instead of South Korea but isn’t underestimating the task that faces Thailand’s in the Asian Cup last-16 tie on Sunday.

South Korea’s 2-0 win over China in their group C finale means it is the Dragons who will play Group A runners-up Thailand, who earlier booked their knockout-stage place by forcing a 1-1 tie with hosts United Arab Emirates.

Sirisak and his entourage, including game analyst Julio Cesar Moreno Yanez of Chile, were in the stands for the China-South Korea in Abu Dhabi to gather information about Thailand’s potential rivals for the round of 16.

“It’s a good thing that we don’t have to play South Korea as they are so strong in all areas and have a variety of tactics,” said Sirisak, whose side has yet to lose since he succeeded Milovan Rajvac 11 days ago, having beaten Bahrain and drawn 1-1 with the UAE.

“But it won’t be easy against China. We must be well prepared going into the match on Sunday,” added Sirisak, who has been widely praised by the media and fans since taking up the job.

Thailand’s head-to-head stats against China aren’t promising – they have suffered 17 defeats in 25 games – but Sirisak says he deep inside he believes the War Elephants still have a chance return the favour, based on the team’s impressive performances in the last two games.

“The strength of the Chinese team is the physical toughness of their players. I also notice that they like to use long ball. So we will have to figure out a game plan to tackle with them,” Sirisak said.

“It will be another entertaining game while the result will depend on which side has a better game on the pitch.”

“We want continuing support from Thai fans, which will give us strength when we play China. We promise we will keep working hard to achieve the best result,” Sirisak added.

Sunday’s game will kick off at 8pm (Thailand time) and will be shown live on Channel 7 and Fox Sports HD.

It was a typically effervescent Son Heung-min who inspired South Korea to the win over China that clinched top spot in their group for the Asian Cup favourites.

Hwang Ui-jo and Kim Min-jae were on target as South Korea, boosted by the arrival of their talisman, ran China ragged in Abu Dhabi.

Son won the penalty converted by Hwang and fizzed in the assist for Kim to help South Korea finish top of Group C with a perfect nine points as they look to end 59 years of Asian Cup hurt.

South Korea, who famously reached the World Cup semi-finals in 2002, have failed to win Asian football’s most coveted prize since winning back-to-back titles in 1956 and 1960.

But the addition of the mercurial Son has clearly energised the 2015 runners-up, who suddenly look a very different proposition.

“Of course I’m a bit tired. I didn’t expect to play for so long,” Korean captain Son said after completing 87 minutes, despite a punishing run of 13 games for Tottenham since the start of December and having played against Manchester united just three days earlier.

“But it’s an honour to wear this red shirt and play for the national team. My first game of the tournament, clean sheet, 2-0 – it’s a happy afternoon!”

Son went down clutching his ankle after a meaty challenge from China’s tattooed defender Zhang Linpeng late on.

But the 26-year-old appeared to suffer no lasting damage and was given a rousing reception when he trotted off three minutes from time.

Second favourites Iran also advanced as group winners despite being held to a goalless draw by bitter rivals Iraq, while Kyrgyzstan squeaked through on their tournament debut.

Tags:
Sirisak happy to avoid favourites but warns last-16 tie will be tough China will