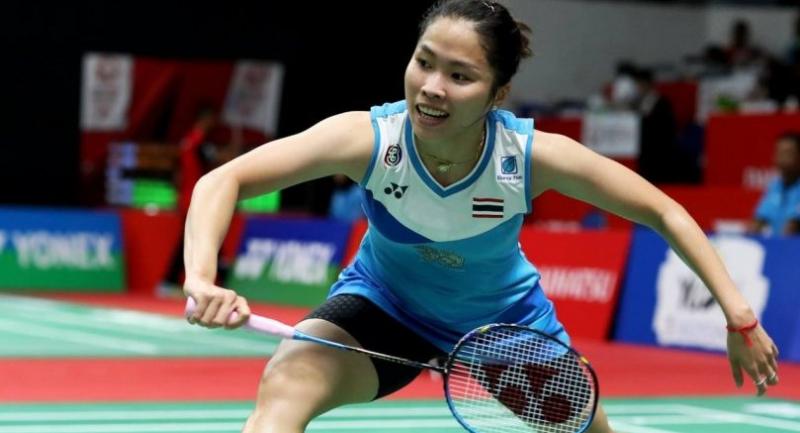 Newly crowned Malaysia Masters winner Ratchanok Intanon extended her winning streak into the Indonesia Masters as her compatriots also had a successful day in Jakarta yesterday.

The world No 8, who upset three-time world champion Carolina Marin to successfully defend her title in Kuala Lumpur on Sunday, prolonged her unbeaten record to 6-0 this year as she tamed Malaysian Sonia Cheah 21-15 21-14 in just 39 minutes.

The 23-year-old Ratchanok, seeded seventh in the tournament, will on Thursday face Thai No 4 Busanan Ongbamrunghan, who stunned world No 20 Cai Yanyan of China 21-13 21-14.

The in-form Ratchanok will be red-hot favourite – she hasn‘t lost a single game in her six matches in 2019 and has never lost to Busanan in five meetings.

Also joining them in round two was Thai No 2 Nitchanon Jindapol, who outclassed Egeniya Kosetskaya 21-9 21-9, but a tough time awaits Nitchaon on Thursday when she faces old rival He Bingjiao of China, the world No 7, who has a 3-0 record against her.

On the men’s side, Thai No 1 Khosit Phetpradab suffered his third straight first-round exit, losing to Hans-Kristian Solberg Vittinghus of Denmark 21-12 18-21 21-16.

World No 40 Sitthikom Thammasin reached the second round for the second time this year, after the Thailand Masters, following a 21-11 21-19 win over Kazumasa Sakai of Japan.

In the mixed doubles, world No 5 Dechapol Puavaranukroh and Sapsiree Taerattanachai, after back-to-back finals at home and in Malaysia, continued their impressive form by beating Rehan  Kusharjanto and Siti Ramadhanti of Indonesia 21-18 21-17.

Tags:
Newly crowned Malaysia Masters winner Ratchanok Intanon extended her winning streak into the Indonesia Masters as her compatriots also had a successfu