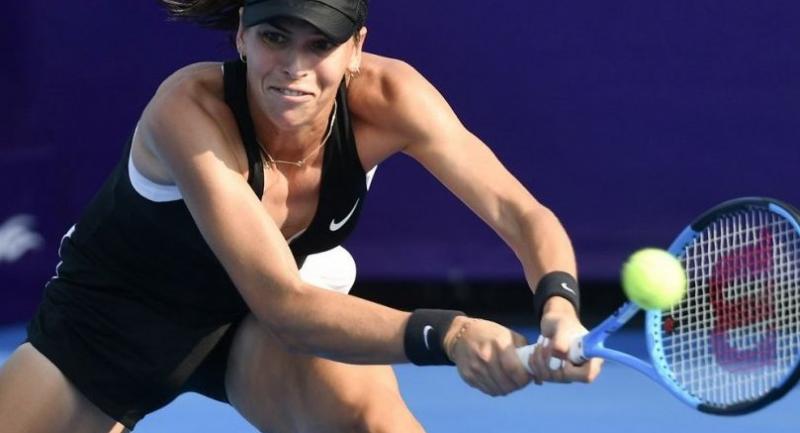 Sixth-seeded Ajla Tomljanovic of Australia survived two set points to beat an inspired Stefanie Voegele of Switzerland 6-1 7-6 (8-6) in the opening round of the US$250,000 WTA Thailand Open at True Arena on Monday.

The world No 45 was down 6-4 in the tie-break but kept her nerve and turned the tide against her 86th-ranked opponent, who made four straight errors and surrendered after one hour and 33 minutes.

The girlfriend of Nick Kyrgios, who reached her first career final in 2015 when the event was still held in Pattaya, was pleased to return to the Kingdom in style.

“I was playing so well in the first set but it was a bit tricky in the second as she was a bit better,” said the 25-year-old Zagreb-born Tomljanovic, who became an Australian citizen only last year.

“But I’m glad I kept my cool and didn’t have to go to a third set.

“Thailand has a special place in my heart as I reached my first final here. I’m happy that a WTA event has finally returned.”

Tomljanovic went into the match with a 2-1 lifetime record over Voegele and quickly dominated play with solid groundstrokes from both sides for a double break at 4-0.

Although Voegele finally got on to the scoreboard by holding serve to reduce the deficit to 4-1, she still had no answer to the superior baseline game of the Australian, who took the first set in just 28 minutes.

The second set saw the players share four breaks of serve as it reached 6-6.

In the tie-break, Voegele had two set points at 6-4 but missed shot after shot, losing four points in a row, including serving a double fault on the final point.

In the second round, Tomljanovic, a quarter-finalist in Brisbane earlier this month, will play Kateryna Kozlova of Ukraine, a 6-4 3-6 6-3 winner over Swiss qualifier Conny Perrin.

“Every match will be tough. Whoever has a better match on that day will win. I will have a day off tomorrow to prepare for the match,” added Tomljanovic.

Joining her in round two is former world No 23 Mona Barthel of Germany, who overcame a mid-match lapse to beat rising French star Fiona Ferro 6-1 1-6 6-4 in one hour and 45 minutes. In doubles first rounds, Peangtarn Plipuech and Nudnida Luangnam of Thailand went down to Kurumi Nara of Japan and Saisai Zheng of China 1-6 5-7.