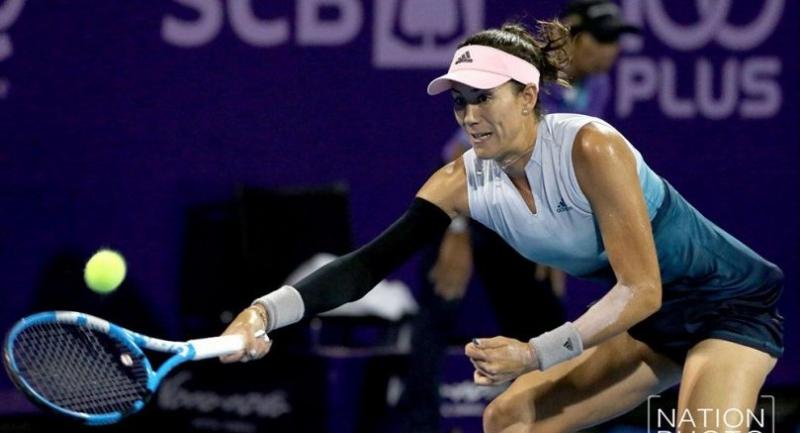 Hua Hin - Top Garbine Muguruza of Spain rallied  from 0-4 in the second set to beat former world No 23 Mona Barthel of Germany  6-3 7-5 in the second round of the US$250,000 WTA Thailand Open on Wednesday.

The two-time Grand Slam champion Muguruza had a brief bout of nerves and was down a double break before she raised the level of her play to win the match in 78 minutes.

“It was a very difficult match especially in the second set as I was down 0-4. She had a lot of advantages but I’m happy that I kept fighting and ended up winning,” said the 2016 French Open and 2017 Wimbledon winner.

Eighth seeded Dayana Kastremska of Ukraine reached her second quarter-finals of the year following a 6-1 6-4 over wildcard holder Peng Shuai of China.

She will play Muguruza whom she beat 6-2 6-3 in the second round in Luxembourg last year.

“I beat Muguruza last year. It will be a tough match. I have to be well prepared and try my best,” the WTA Hong Kong Open champion in 2018 said.

Asked about a re-match with the teenage rival, Muguruza said: “She is young and has nothing to lose. She is playing well right now, it will be a tough match.”