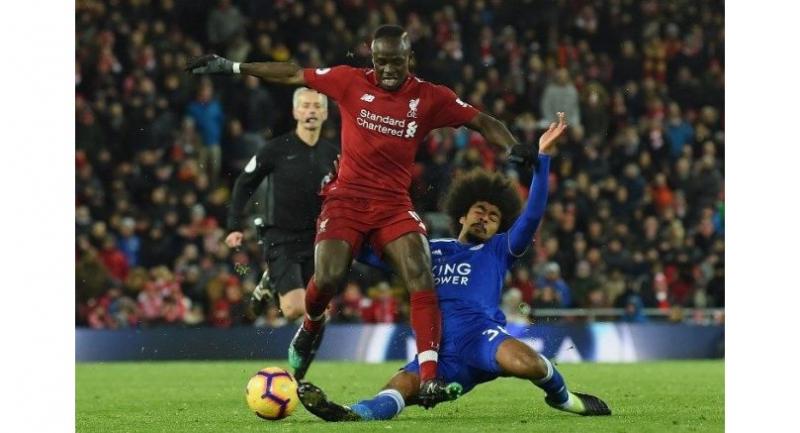 Liverpool manager Jurgen Klopp insisted his team were denied a "clear penalty" which could have given them victory over Leicester on Wednesday and a seven-point lead in the Premier League title race.

Instead, Liverpool had to settle for a 1-1 draw at Anfield which gave them a five-point cushion over second-placed Manchester City, the reigning champions, who suffered a shock 2-1 loss at Newcastle on Tuesday.

A Sadio Mane goal in the third minute was cancelled out by Leicester defender Harry Maguire's equaliser in first-half stoppage time.

However, Liverpool then appealed in vain for what looked a clear second-half penalty when Naby Keita went down under a challenge from Ricardo Pereira.

"It was probably the clearest penalty situation we have had. You will have to ask the ref why he didn't give it," Klopp fumed.

"The pitch was difficult and we needed to speed it up in the final third."

"Our counter-attacks in the opening moments were defended more by the pitch than our opponent," the German joked.

"We put them under pressure but they did really well. We were unlucky with the goal in the last second before half-time. You have to take it how it is."

Leicester manager Claude Puel had insisted before kick-off that his side would, as they had done before, raise their game against a leading club.

And the Frenchman was vindicated by a battling display that left his team 11th in the table.

"Of course I am proud of my players," he said. "It was another difficult start to the game. We conceded after two minutes but we didn't lose our structure.

"At the end we had more chances and it could have been better at the end."