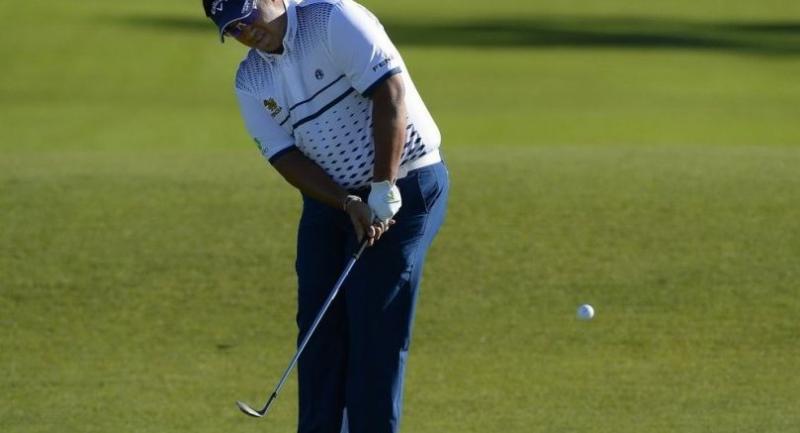 Thailand’s Kiradech Aphibarnrat gets good vibes whenever a World Golf Championships (WGC) event is around the corner.

Who can fault him though for his feel-good attitude as he enjoyed three impressive top-5 finishes in the WGCs in 2018 which culminated with Kiradech becoming the first Thai golfer to earn a PGA TOUR card.

With the US$10.25 million WGC-Mexico Championship returning next week, the grip it-and-rip it Thai star is excited to return to Club de Golf Chapultepec from February 21-24, 2019 which provided the stage for his first career top-10 in a WGC a year ago.

The T5 finish sparked a glorious run of results as he qualified for the quarterfinals of the WGC-Dell Technologies Match Play, losing to eventual winner Bubba Watson, and later finished T4 in the WGC-HSBC Champions in Shanghai in October.

“I was just playing well when I got to Mexico last year,” recalled Kiradech, a former Asian Tour No. 1.

“It showed that I can win one of these events. The way I’m putting in the work in my game, I think I’m not far off (from winning). I need to keep knocking on the door. To play well in three big events and get the results, it was good to show that. I also had a chance at the U.S. Open … I was right up there after the third-round last year (before finishing in 15th position).”

After missing the weekend rounds at the Farmers Insurance Open and finishing T33 at the Waste Management Phoenix Open, the burly Kiradech will tee up in this week’s star-laden Genesis Open at Riviera Country Club, California before heading to Mexico City.

The Thai remembers the challenge of adjusting his game due to the high altitude at Chapultepec, which is some 7,000-plus feet above sea level that results in golf balls traveling farther.

“It was difficult to control the distance initially but I had a fantastic week in Mexico. The goal now is always to aim for a top-10 every week. I think I already have a third of FedExCup points to keep my PGA TOUR card for next season (from his WGC-HSBC Champions result), so hopefully it makes my life a bit easier,” he said.

With four European Tour victories under his belt, Kiradech is obviously targeting a ‘W’ next on the PGA TOUR. He hopes to put to good use some lessons learned from the experience of contending in the WGCs.

“I feel my game is improving. It’s all about my mental game now, and course management. When the moment comes again, I will have to control myself better and plan a bit better. Sometimes I need to back off from a shot and realise that I don’t have to hit the target every single time,” said Kiradech.