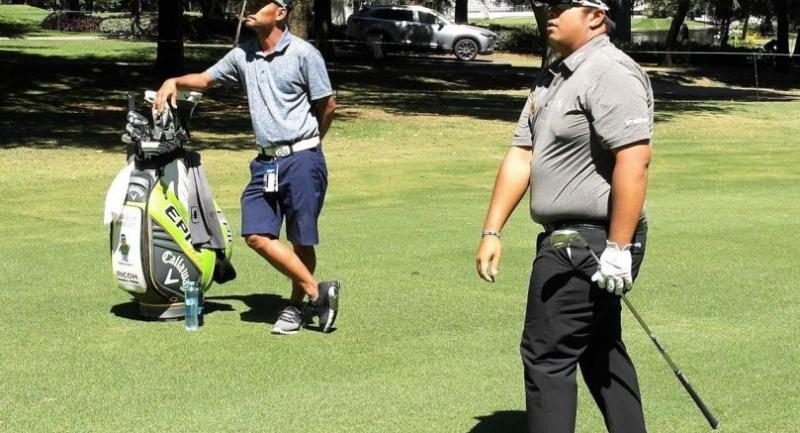 Thai star Kiradech Aphibarnrat has vowed to remain patient after running into a rough patch of form with three missed cuts from his last four starts.

Currently ranked 45th in the world, Kiradech has struggled to get his game out of first gear in 2019 following an extended year-end break but a return to the World Golf Championships-Mexico Championship, which starts on Thursday, could be the ideal stage to get his game to click.

The first Thai to hold a PGA TOUR card, the 29-year-old finished an impressive T5 at Club de Golf Chapultepec in Mexico City last year, which was one of his three top-five finishes registered in the World Golf Championships.

“Coming back to a place where I’ve played well before, it helps a bit. But everything is on me. I need to feel comfortable with my swing as I like moving the ball around. I’ve not spent enough of time on the golf course following my six-week break and I’m not playing great golf now. If you play against the best players in the world, play on the strongest tour on earth, when you don’t swing it well these are the results that you get,” said Kiradech.

After missing his first cut of the year in the Abu Dhabi HSBC Championship on the European Tour, the burly Kiradech began his quest on the PGA TOUR at the Farmers Insurance Open but endured an abbreviated week. He finished T33 in the Waste Management Phoenix Open and then missed the weekend rounds at the Genesis Open by one after bogeying three of his last four holes. He has not experienced such a lean run since the middle of 2017.

“I took a lot of time off. I think I need just one good week to get back on the road … there’s a lot of golf left. Maybe do something this week,” said Kiradech.

To overcome his woes, he has spent additional hours on the practice range to get the rust off his game under the watchful eyes of swing coach Mike Walker, who was with him in Los Angeles. Kiradech is optimistic his fortunes can turn around in Mexico.

“I’ve been working harder over the last few weeks. I saw my coach which was good as I need to know if the swing is working or not. I need to get more time with my golf clubs and I think it won’t be long before I start playing good. I need to be patient,” said Kiradech, the 2013 Asian Tour Order of Merit champion.

He played nine holes in practice at Chapultepec on Tuesday, saying the course, which is some 7,600 feet above sea level, will once again provide a tricky test. “It’s in fantastic shape, the greens are a bit harder this year as the weather has been dry. I was hitting it good during practice, so I’m looking forward to the tournament,” he said.

Kiradech also hopes to revive his challenge for a place in the International Team to face the United States in the Presidents Cup at The Royal Melbourne Golf Club in Melbourne, Australia later in December.

The Thai was amongst a group of prospective members who gathered for an International Team meeting with Captain Ernie Els last week and played the first two rounds with Els, whom he had hoped to impress.

“I don’t think I’m good enough to be on the team right now,” conceded Kiradech, who is currently 31st on team standings where the top-8 will earn automatic qualification.

“Playing with Ernie, I wanted to show him some good golf but I made mistakes. I’ll keep trying to move up the ranking. The Presidents Cup is big event and I’m still aiming for a PGA TOUR win this season. If that can happen, it will take care of the Presidents Cup.”