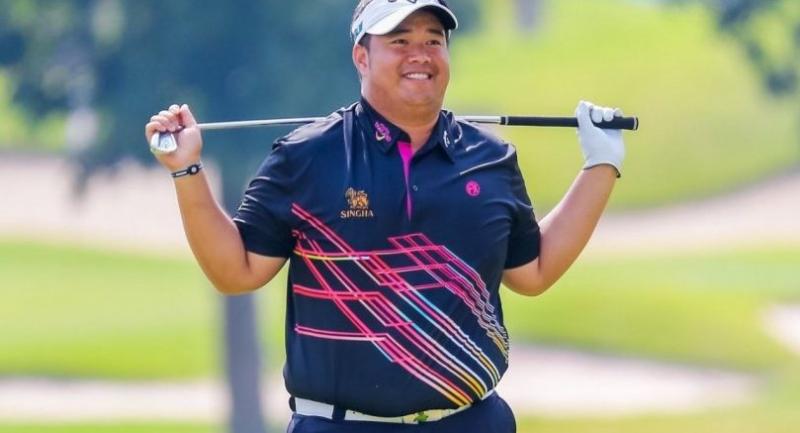 Mexico City: Thai star Kiradech Aphibarnrat produced his best opening round of the year on the PGA TOUR on Thursday, carding a three-under 68 for a share of seventh position at the US$10.25 million World Golf Championships-Mexico Championship.

China’s Haotong Li dropped two late bogeys to settle for a 69, leaving him in T11, while Shubhankar Sharma of India, who finished T9 here last year after holding the second and third round lead, endured a rollercoaster day with four birdies against three bogeys for T19.

After missing the cut in three of his last four tournaments, Kiradech enjoyed a solid start with birdies on one, two, six and 11. He endured two three-putt bogeys on 12 and 13 but regained his composure by rolling in a 15-footer on 17 to end the round in the top-10 of the leaderboard.

“It's good to get off to a good start. I hit it quite nicely early on to make those early birdies and kept the ball pretty much in play for most of the round. Made some mistakes to bogey 12 and 13 but I managed to finish strongly by holing a long putt on 17. I hope to build on this and keep playing well as I enjoy playing on this golf course,” said Kiradech, who finished T5 here last year and is playing in his first full season on the PGA TOUR.

Li began his campaign in style, chipping in for eagle on the drivable par-4 opening hole before picking up more gains with a 16-foot birdie on six and another birdie on 15. The Chinese star gave a shot back on 16 after missing the green and then three putted on 17 to drop down the leaderboard.

“It's pretty good. I didn't hole many putts but the first 15 holes were really solid. And 16 and 17, it was just a wrong club and I kind of blocked it into the wind. Except for that, it's a solid round,” said the 23-year-old, who is currently third on the International Team standings for the Presidents Cup.

Li is hoping a solid showing in Mexico City will enable him to follow in Kiradech’s footsteps and earn his card on the PGA TOUR. “I don't want to waste any chance, any opportunity to get my PGA TOUR status. I just want to play solid every day and prepare for the new stage,” he said.

Close range birdies on the 15th and 18th holes saw the 22-year-old Sharma end the day in red figures as he attempts to replicate last year’s title challenge which propelled him onto the global stage.

Dustin Johnson sits one shot back from McIlroy while last year’s runner-up Justin Thomas and Matt Kuchar are joint third. Tiger Woods, making his debut in the event, battled to a level par 71 for T25 while defending champion Phil Mickelson had a day to forget with an uncharacteristic 79.