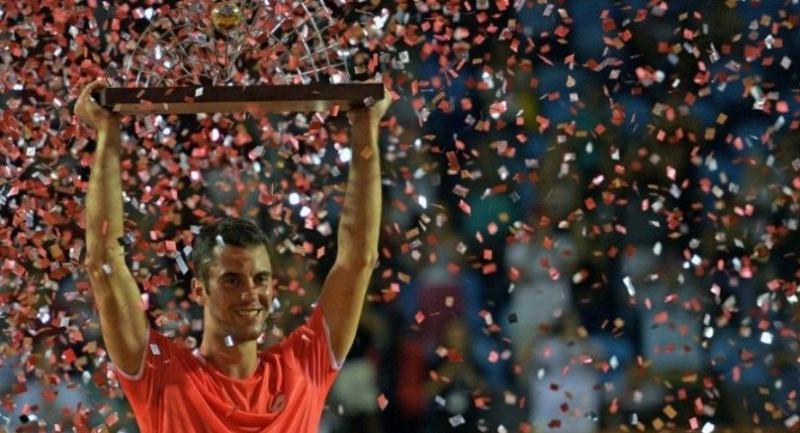 Serbia's Laslo Djere holds up the trophy as he celebrates after beating Canada's Felix Auger-Aliassime. / AFP

Serbia's Laslo Djere won his first career title at the Rio Open on Sunday and dedicated victory to his parents, both of whom died from cancer. The 23-year-old defeated Canadian teenager Felix Auger-Aliassime 6-3, 7-5 in the final and will rise from 90 in the world to 37 on Monday.

However, his first thoughts were for his parents in an emotional trophy presentation.

"I want to dedicate this title to my parents -- I lost my mum seven years ago and my dad two months ago. It's due to them that I am who I am today, I hope they are watching me now," said Djere.