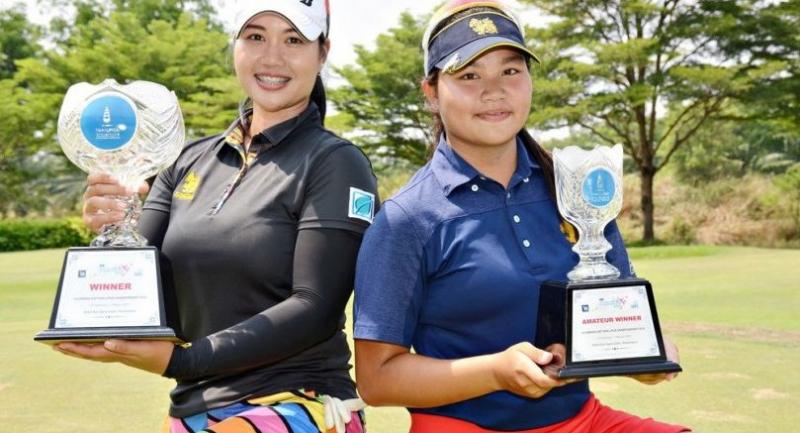 The 22-year-old from Sukhothai, a former LPGA member, shot a closing 70, three birdies against a lone bogey on the 15th hole, to win on 16-under-par-200 on the first stop of a nine-event Thai LPGA tour this year.

“Actually I had been aiming to finish on 20 under but my putting deserted me,” said Supamas, who surrendered just one bogey in her three rounds. “But my approach shots really helped me out there. I’m still happy with the result, even though I was unable to reach my goal.”

Playing her first event at home since last year’s LPGA Thailand, she was overwhelmed to win on a tour which helped sharpen her game since her early days.

“I really feel connected with this tour as I was playing since I was young. I have gained so much experience from this home tour and made use of it when I went on to compete offshore,” added Supamas, who lost her LPGA card this year and will focus on a challenger tour in Japan instead.

“My goal is to finish top two in the tour in Japan in order to earn card into the bigger Japan LPGA tour,” added the Thai who is scheduled to enter a tournament in the Philippines next week.

Three shots back in second was 14-year-old amateur Phannarai Meesom-us, who carded a best-of-round  66 for a total of 2-3, 13 under-par.

“I’m excited to be the runner-up. I wished I could have shot lower scores but I’m quite OK with the result,” said the Garden Rayong International School student.