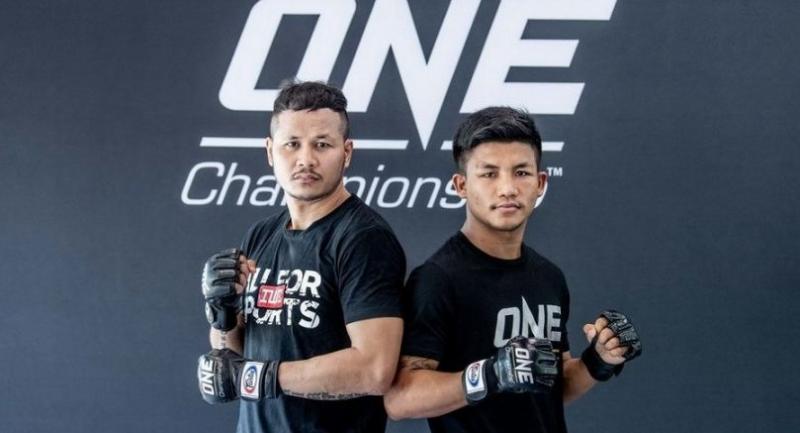 Former Muay Thai world champions Yodsanklai IWE Fairtex and Rodtang Jitmuangnon will carry Thai hopes into One: A New Era due on March 31 in Tokyo.

The two Thai fighters will be taking part in the first ever One tournament to be staged in Japan on a bill featuring a total of 16 bouts. It promises to be a momentous night for the One championship, with no less than four world titles on the bill.

The 33-year-old Yodsanklai, who won the WBC Muay Thai World super welterweight from 2005 to 2009, will square off against Dutch World Champion kickboxer Andy Souwer in the One Super Series kickboxing catchweight (72kg).

Yodsanklai is coming off a stunning performance in Kuala Lumpur at One: Destiny of Champions in December, when the martial arts veteran finished opponent Luis Regis with three rapid-fire uppercuts that drew a chorus of cheers from the crowd. "I am honored and excited to be part of ONE Championship's first-ever show in Tokyo, Japan, a country with a rich background and love for martial arts. More importantly, I have the opportunity to avenge a previous loss to Andy Souwer, and I get to do it in front of the Japanese fans. I promise to deliver an exciting performance for everyone there," said Yodsanklai who lost to Souwer in a kickboxing bout 11 years ago.

Souwer, on the other hand, is one of the most internationally-renowned striking superstars ever to emerge from the Netherlands and is a two-time K1 World MAX World Champion (2005 and 2007) and a It’s Showtime 70MAX World Champion in 2012.

Rodtang “Iron Man” Jitmuangnon is one of the most recognisable names in the world of muay thai, capturing the world title twice, in 2016 and 2017.

The 21-year-old has beaten some of Thailand’s biggest names and is known for his exciting “muay mat” style, which focuses on the combatant constantly taking the initiative and looking to connect with devastating strikes that inflict maximum damage.

Following his two impressive performances on the One Super Series stage, including Conquest of Heroes in Jakarta where he beat Sergio Wielzen of Suriname, Rodtang is eyeing up a possible world title shot by testing his mettle against two-time world champion Hakim Hamech of France. "To be able to compete in One Championships is not an experience that every fighter can have. This means a lot to me because they believe in my talent as an athlete. I’m really happy and I promise that I won’t disappoint the Japanese fans on March 31st," Rodtang said.

Hamech, who won the WBC muay thai featherweight in 201, made quite an impression in his One Super Series debut in September 2018, scoring an emphatic first-round knockout victory over Japan’s Yukinori Ogasawara.

In the main event of One: A New Era, reigning lightweight world champion Eduard “Landslide” Folayang of the Philippines is set to face Japanese martial arts legend and former world champion Shinya “Tobikan Judan” Aoki of Japan in a long-awaited rematch.

In November 2016, Folayang captured the lightweight world title from Aoki via a third-round TKO but surrendered the belt to Martin Nguyen a year later. Last November, Nguyen vacated the title and the Filipino reclaimed the crown with a dominant five-round unanimous decision over Singaporean knockout artist Amir Khan.

Meanwhile, Aoki is riding a three-bout win streak, having finished Rasul Yakhyaev and Ev Ting by submission, and stopping Shannon Wiratchai by TKO. These three wins have elevated the Japanese icon to another shot at the One lightweight world title, as well as a chance to defeat his former conqueror.

There will be a trio of co-main events in Japan:

Reigning middleweight and light-heavyweight world champion Aung La “The Burmese Python” Nsang will defend his middleweight crown against Japan’s Ken Hasegawa and bantamweight champion Kevin “The Silencer” Belingon of the Philippines will defend his title against former titleholder Bibiano “The Flash” Fernandes of Brazil.