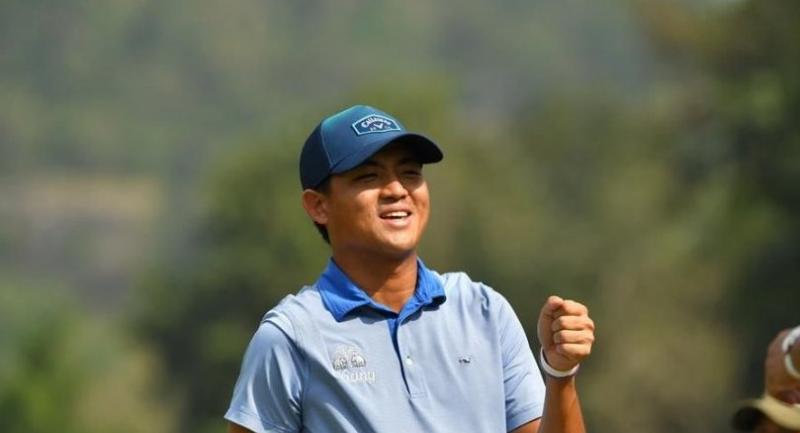 Johor -  In-form Poom Pattaropong of Thailand hopes to put up another title run for his maiden Asian Development Tour (ADT) victory when he tees off for the PGM UMW ADT Championship starting Wednesday.

The 23-year-old Poom, who enjoyed a joint runner-up finish at the Palm Resort Golf and Country Club last week, is looking to ride on his fine form as he continues to chase for a breakthrough at the RM225,000 (approximately US$54,000) event, which will be held on the same venue this week.

Since joining the play-for-pay ranks in January 2018, Poom has endured several near-misses for his maiden title on the region’s secondary circuit. He came agonisingly close to winning in Indonesia last August where he was locked in an epic play-off duel against reigning ADT Order of Merit champion Miguel Carballo of Argentina.

He went the distance with Carballo and was eventually defeated on the seventh play-off hole in the event, which would go down the record books as the longest play-off on the ADT since the circuit was inaugurated in 2010.

Poom, however, went on to notch three other top-10s to finish in 15th place on the 2018 ADT Order of Merit and secure his 2019 Asian Tour card in his second attempt at the Qualifying School, where he came in fifth following a gruelling 90-hole battle.

Despite failing to capitalise on his overnight four-shot lead heading into the final round last week, Poom was quick to take the positives and is confident that the experience will help him rise to the occasion in time to come.

“I played well all of last week but just didn’t get the putter going on the final day. I have learned a lot from those near-misses. I just need to focus on my own game now instead of what others are doing,” said Poom.

“I started working with my coach Annop Tangkamolprasert last August and we have seen significant improvements in my game right after fixing my swing. Annop used to play regularly on the ADT and I see him as often as I can when he is in Thailand, since he is currently based in Vietnam,” Poom added.

Poom will feature in the 144-men field alongside compatriot Itthipat Buranatanyarat, the highest-ranked player in second place on the current money list, as well as Merit champions Carballo and Pannakorn Uthaipas, who is chasing for back-to-back victories after lifting his second ADT victory last week.

Asian Tour winners Ben Leong, Nicholas Fung and Danny Chia will spearhead the local charge in the event, which will mark the fourth leg of the ADT schedule this season.

All ADT events offer Official World Golf Ranking (OWGR) points. The winner will receive a minimum of six OWGR points while the top six players and ties will also earn points based on a sliding scale.