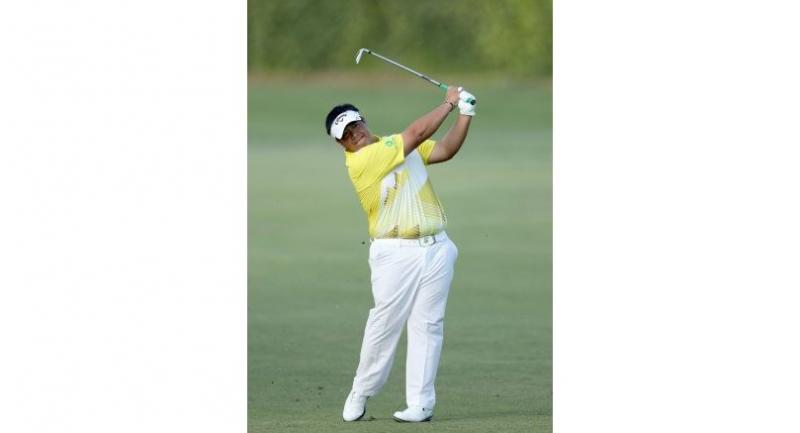 Kiradech Aphibarnrat, now settled to his new life in the US, believes his maiden PGA tour title is in sight.

Ponte Vedra Beach, Florida - Thai No 1 Kiradech Aphibarnrat has a score to settle at The Players Championship this week.

At last year’s showpiece, he bravely launched a final-day charge up the leaderboard at TPC Sawgrass, getting to eight-under for the day before a quadruple-bogey 7 at the famous par-3 17th signature hole sank his hopes.

The first Thai to hold a PGA Tour card, Kiradech is fired up to launch another strong challenge, especially after his fine finish for third equal at last month’s World Golf Championships-Mexico Championship.

“I’m confident with my golf swing. I had a good week in Mexico and last week [Arnold Palmer Invitational] was also a good week [he finished T23],” said Kiradech, who is ranked 48th on the FedExCup points list.

“We’ve got a tough field here and a tough course to manage. However, I think I’ve almost secured my card for next season, so it releases some stress a little bit and this will allow me to play my own game. Now, I can go for it.”

Kiradech recalled his horror show at the 17th last year – he was six-over on that hole alone during the weekend rounds. If he had made pars on both days, he could have theoretically finished T2 behind winner Webb Simpson. Instead he finished T30.

“Just one hole I didn’t play good,” said Kiradech. “I’ve forgotten already what I did last year and it’s a new tournament this week.

“The course is always in good shape, it’s a fantastic week. It’s in perfect condition and the fans are out to support us.

“The wind is always difficult around here as it swirls from every direction. On 17, it can be tough as the grandstands block the winds so you can’t see what happens up in the air. It’s all up to me, and I want to put myself in the right position and keep it in play.”

Kiradech and his wife, Tunyatorn Chaiyarat, have quickly settled down in Orlando with the Thai star relishing the opportunity to compete against the world’s best every week.

He believes a maiden PGA Tour win is within his grasp despite the strength in depth on tour.

“You have to play against great players but it’s good being here. If I can win one event, everything will be easier. You have to hit the ball well, have a good mental game and have some good luck to beat these guys,” he said.

As a flagship event on the PGA Tour, The Players Championship offers US$12.5 million in total prize money thiand showcase 50 of the top-50 players from the FedExCup points list and 50 of the top-50 from the Official World Golf Ranking.

Webb Simpson is the defending champion and will face a stellar field which features two-time champion Tiger Woods and world No 1 Dustin Johnson.

Tags:
Kiradech Aphibarnrat now settled to his new life in the US believes his maiden PGA tour title is in sight Kiradech eyes