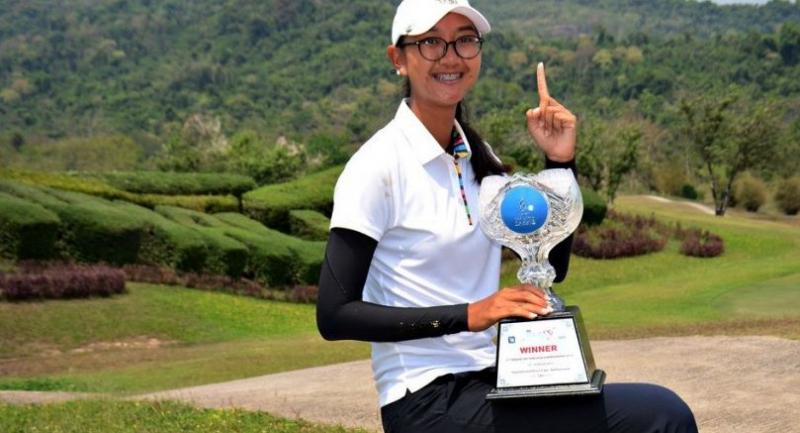 The former Asian Games national player carded a one-under-par 71, the only player out of 46 who made the cut to shoot red figures, and finished with an even-par three-day total of 216.

Kultida, who hails from Pathum Thani, traded two birdies with two bogeys before she sank her last birdie on the 17th hole that was enough to seal a one-stroke victory over Kusuma Meechai and her first Thai LPGA crown.

“This is far beyond my expectations,” said Kultida of her biggest win to date. “I came here hoping to finish in the top five or ten. Winning my first professional is like a bonus,” added the teenager who walked off with winner’s cheque for Bt142,500.

The youngster also revealed that her familiarity with the lay-out was a key factor in her success, while the rest of the field struggled to beat par.

“I’ve played here several times during the junior years,” she said. “So I know which holes are tough and I tried to play it safe when I needed to.

“I decided to turn pro quite fast as I think I’m already done with the national team. Being part of the Asian Games team was already the highlight of my amateur career.”

Kultida plans to compete on a local tour until the end of the season to gain more experience before she starts playing overseas Q School events later. Meanwhile, in Lumphun,  24-year-old Tawan Phongphun won the Singha SAT Lumphun Championship when the third and find round had to be scrapped due to bad weather and organisers were forced to use players’ scores after 36 holes.

Tawan won his first title on nine under-par-131 at the par 70 Gassan Khuntan Golf & Resort as organisers cancelled the last two rounds in fear of serious air pollution in the northern city.