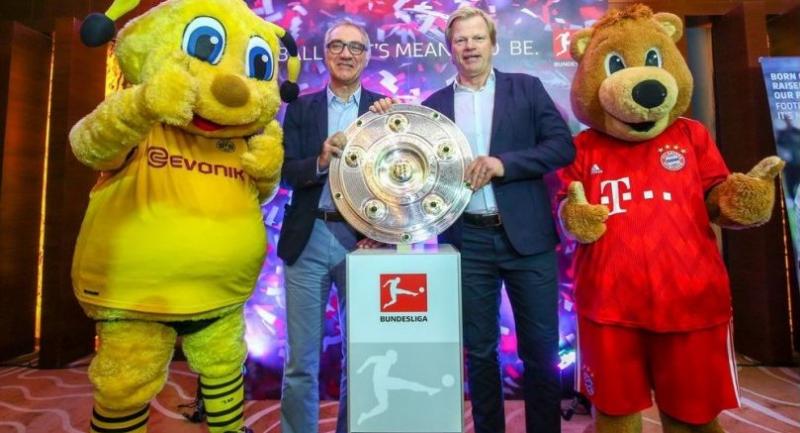 As part of a campaign to bring German football even closer to its legion of Asian fans, the Bundesliga has brought legendary goalkeeper Oliver Kahn to Thailand.

Now 49, Kahn won the Champions league (2001) and eight Bundesliga titles with Bayern Munich, plus the European Championships (1996) with Germany, with whom he reached the World Cup final in 2002, when they lost to Brazil. He was also named World Goalkeeper of the Year three times (1999, 2001 and 2002).

The Bundesliga have teamed up with Oliver Kahn and his goalkeeper training Academy, Goalplay, for four days of events, from March 15 to 18, designed to inspire Thai football fans. This will include opportunities to meet the German legend, take part in a Bundesliga fan festival and watch the world’s greatest league live on TV.

Following a number of media activities, Kahn will make a guest appearance at the Bundesliga Fan Festival on Saturday, March 16. Thai fans are encouraged to head down to Central World, where there will be a Bundesliga branded set-up, filled with activities and a 5-a-side futsal tournament.

On Saturday evening, Bundesliga matches will be broadcast to Bundesliga fan club members and Khan himself will be available for photo opportunities with the ‘Bundesliga Meisterschale’ Trophy during this event. On Sunday, he will attend a Toyota Thai League 1 match in Bangkok.

Khan will be putting the excellence of Goalplay to good use in Bangkok and introduce the first digital goalkeeper coach mobile application. At the same time, the Academy, which specialises in training goalkeepers and educating goalkeeper coaches, will pass on their expertise to a selected group on Monday, March 18. This will include a unique ‘Coach the Coach’ session, at theThailand FA’s High Performance Centre at Bangkok Thonburi University.

Speaking about this visit, Kahn said: “I have many happy memories from playing in the Bundesliga, and I’m delighted that I can share them with my fans in Thailand. I’m also very thankful that I can share my knowledge and experience as a goalkeeper playing for Germany and in the best football league in the world.”

Peter Leible Head of Global Audio Visual Rights, added: “Oliver Kahn is a legendary footballing icon, synonymous with Germany and the Bundesliga. As a player, his performances epitomised pure, authentic football – ‘Football As It’s Meant To Be’, therefore this collaboration is a perfect fit. His involvement will be key to building a much closer connection between Thai fans and the Bundesliga.”

Oliver Kahn is one of the most renowned German goalkeepers of all time. Since playing his first professional game at Karlsruhe SC in 1987 he played a total of over 630 games for Karlsruhe and FC Bayern München. In 2002 he was the first and only goalkeeper to receive the Golden Ball for Best Player of a World Cup.