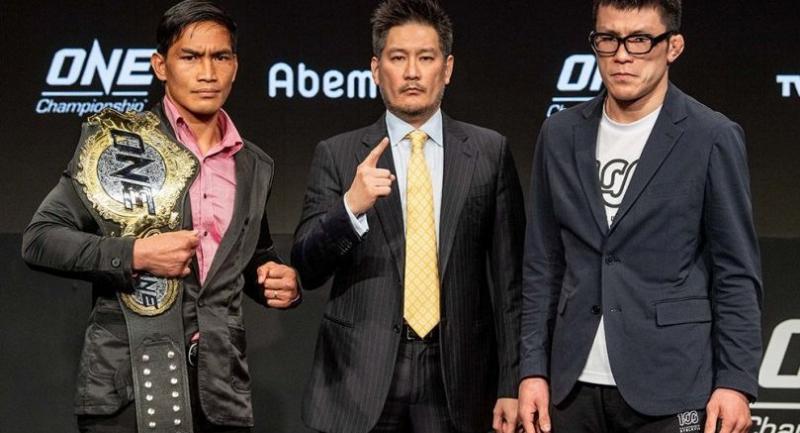 Fight-night promoters at One Championship have no doubt this weekend’s entertainment is going to be spectacular.

“This is going to be the greatest martial arts card in the entire history of the world,” declared Chatri Sityodtong, chairman and CEO of One Championship.

One: A New Era features former UFC champions Dementrious Johnson and Eddie Alvarez and will take place on Sunday at Ryogoku Kokugikan in Tokyo.

“The whole world should be watching this. Let us unite as the continent of Asia around Asian heroes and Asia’s great cultural treasure,” he added.

“We don’t sell fights like every other organisation in the world. We build heroes who ignite the world with hope, strength, dreams and inspiration. As a lifelong martial artist, I want the world to see the true beauty of martial arts,” added Chatri, who is half-Thai and half-Japanese.

At the top of the card, Folayang will defend his belt against “son of the soil” Aoki. At their previous meeting in 2016, Folayang scored a third-round TKO to stun the martial arts world and take the title from his rival. This time around, the Filipino is stepping into his opponent’s backyard but is still predicting victory from what should be an exhilarating main event.

Folayang, who won three SEA Games gold medals (2003, 2005, 2011) and one Asian Games (2006) silver from wushu said: “I am well-prepared for this bout. This rematch is three years in the making. It’s an honour to face Shinya again. I believe this event is going to be explosive. History will be made.”

Aoki, 35, from Shizuoka City, will be attempting to make an impression in his first fight at home since 2015. “I am thankful that One Championship is in my home country. This is a great step forward for martial arts in Japan. This Sunday night, I am confident I can achieve victory and become world hampion once again.”

While he may not be competing for a World Title on Sunday night, Demetrious Johnson knows exactly what’s at stake in a showdown against Yuya “Little Piranha” Wakamatsu.

Johnson is the most dominant world champion in the history of mixed martial arts, but he is more than happy to climb back up the ranks on the global stage in the One flyweight World Grand Prix.

“If you look at all my fights, my world title reign, I’m always going out there looking for the finish – either knocking my opponent out or submitting them. So with this, I’m looking forward to going out there, pushing the pace, and hopefully getting the finish,” said Johnson.

Two Thais will also be in action this weekend. “I’m looking forward to this opportunity to avenge that previous loss and I get to do it in front of the Japanese fans. I promise to deliver an exciting performance for everyone,” Yodsanklai declared. “To be chosen by One Championship means a lot to me because they believe in my talent as an athlete. I promise that I won’t disappoint the Japanese fans,” said the 21-year-old from Phatthalung.

Tags:
It promises to be ‘the greatest martial arts night in history’ It promises history’