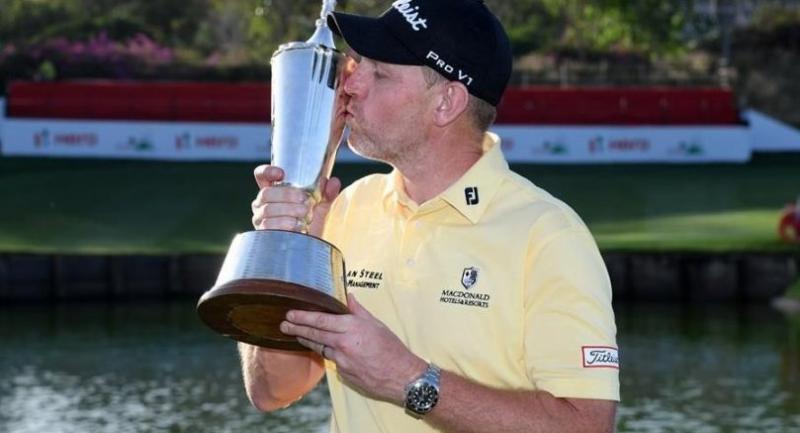 New Delhi - Scotland’s Stephen Gallacher staged a remarkable comeback by firing three birdies in his closing four holes to close with a one-under-par 71 and win the Hero Indian Open 2019.

It was the Scotsman’s first victory in Asia and his winning total of nine-under-par 279 was just enough to give him a one-shot triumph over Japan’s Masahiro Kawamura at the S$1.75 million event which was held at the DLF Golf and Country Club.

Starting the round with a three-shot deficit, the 44-year-old Gallacher stayed patient to overcome a roller-coaster round where he recovered from a horrible quadruple-bogey on hole seven to take home a winner’s prize purse of US$291,660.

Kawamura had the opportunity to force a play-off with Gallacher at the last but could not take it into extra time as he could only make par. The Japanese settled for second place on his own following a 73.

Local prospects Rashid Khan (70) and S. Chikkarangappa (74) finished as the highest-placed Indians in tied-10th position at the event which was celebrating its 55th edition this week.

Finland’s Kalle Samooja aced the 12th hole from 127 metres with his pitching wedge, marking the first time in the history of the Indian Open that three hole-in-ones were made in the same year.