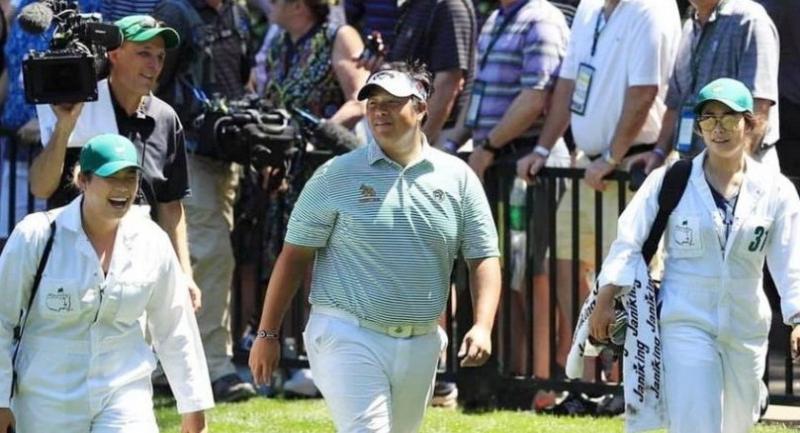 Thailand’s top golfer, Kiradech Aphibarnrat, had his favourite support crew in attendance as he prepared for his opening round at the Masters in Augusta yesterday (Thailand time).

The Kingdom’s super siblings, Ariya and Moriya Jutanugarn, both got a chance to caddie for their fellow Bangkokian at the traditional warm-up event, the Masters Par 3 Contest.

The sisters had been playfully teasing Kiradech and the media for weeks about which one he would choose as his caddie for this year’s contest.

Last year Ariya caddied solo but by happy coincidence, yesterday was recognised throughout the US as National Siblings Day, so it was only right that she and her older sister shared caddie duties.

The trio all hit from the tee at the elevated par 3, 9th hole … and to everyone’s amusement the sisters fared better than the 42nd-ranked Kiradech.

Once the golf was finishe the Thai trio attended the Golf Writers Association of America’s annual dinner, where Ariya was honoured as the Female Golfer of the Year for 2018. She was also recognized by the organisation with the same award in 2016.