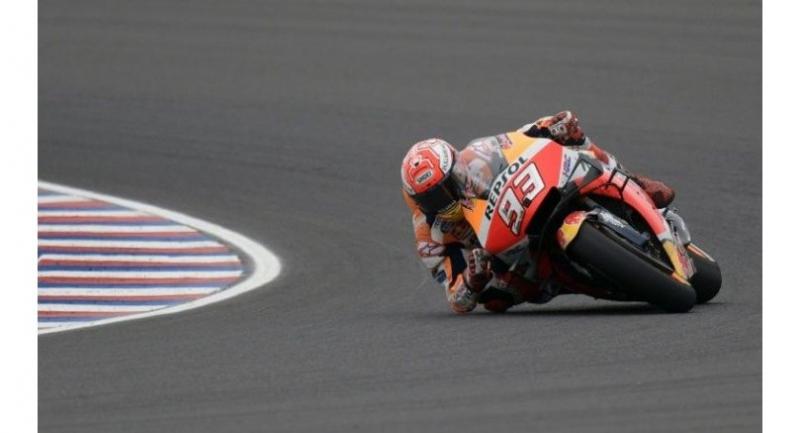 World champion Marc Marquez maintained his domination at the Grand Prix of the Americas on Saturday, sweeping to yet another pole position as he chases a seventh straight victory in Texas.

The Spanish MotoGP star bagged his seventh consecutive pole at Austin's Circuit of the Americas after posting a fastest lap of 2min 3.787sec, early in the qualifying session.

Italian rival Valentino Rossi was second fastest in 2:04.060 while Britain's Cal Crutchlow was third quickest in 2:04.147.

Marquez has won at Austin from pole position every year since the race arrived on the MotoGP calendar in 2013.

On Saturday's evidence, the Repsol Honda rider looks unbeatable once more after a dominant display on the counter-clockwise Austin circuit.

Marquez's quickest time came on only his second lap, and his rivals struggled to make much headway for the remainder of the session, with no other rider managing to duck below the 2min 4sec barrier.

Marquez arrived in Texas fresh from a superb victory over Rossi in Argentina, where he romped home by 10 seconds at the Termas de Rio Hondo.