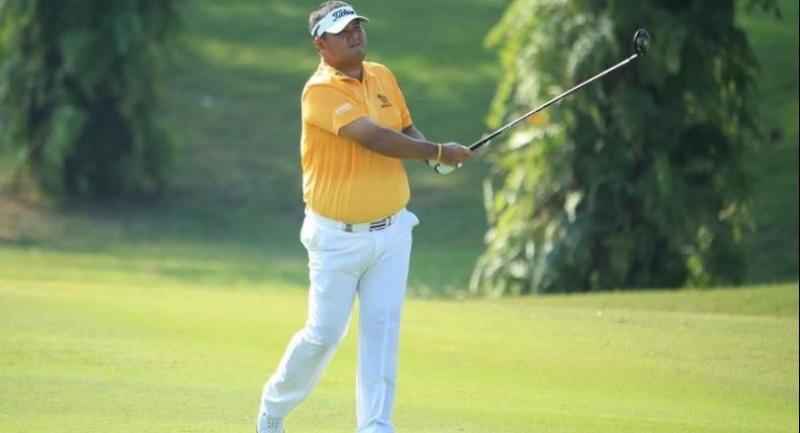 Bandar Seri Begawan -  Thai star Prom Meesawat is relishing his long-awaited return to Brunei where he will headline the Butra Heidelberg Cement Brunei Championship on the Asian Development Tour (ADT) next week.

Prom, a two-time Asian Tour winner, will return to the Sultanate following a 14-year hiatus for his first appearance in the US$75,000 ADT event, which will be held for the second consecutive year at the highly-rated Empire Golf and Country Club from April 24 to 27.

The 34-year-old Prom, who last played an Asian Tour event on the same venue in 2005, will be part of the talented 144-man field chasing for glory at the event where fellow Thai star Kiradech Aphibarnrat emerged triumphant in 2018.

“It has been very long time since I last visited Brunei. Of course, I am very excited to be going back there again since I last played the course in 2005,” said the Thai, who secured a coveted spot at The Open this July thanks to a tied-fifth place finish at the season-opening SMBC Singapore Open in January.

“The course is beautiful. From what I remember, there is a hole playing alongside the sea that was very nice and the last hole was also my favourite because of the view hitting down the fairway from the tee box. It is nice to have a chance to go back there again,” Prom added.

Prom, nicknamed ‘Big Dolphin’ due to his burly physique and because he hails from the coast town of Hua Hin, broke through on the Asian Tour when he won in Korea in 2006. He endured a long wait before claiming his second title in Chinese Taipei in 2014.

The father of two also represented his country for the first time at the ISPS HANDA Melbourne World Cup of Golf alongside childhood friend Kiradech, just a couple of days after welcoming his baby son last November.

“I have no complaints about my season so far. I earned a ticket The Open at the start of the year and even though I didn’t finish as well as I would have liked in my last two events, I have been in the top-15 going into the weekend rounds in Malaysia and India (Asian Tour).

“I’m still working on every part of my game try to get everything in good shape and to stay sharp for next week,” said Prom, who also claimed a victory on his local circuit last month.

Other notable names in the field include ADT Order of Merit champions Miguel Carballo (2018) of Argentina, Thailand’s Pannakorn Uthaipas (2017) and American Casey O’Toole (2015), as well as the in-form Kazuki Higa of Japan, who claimed his second title in Malaysia last month.

ADT hopefuls will be looking to boost their Merit rankings as the leading seven players on the final ADT Order of Merit will earn playing rights on the premier Asian Tour for the 2020 season.

All ADT events offer Official World Golf Ranking (OWGR) points. The winner will receive at least six OWGR points while the top six players and ties will also earn points based on a sliding scale.