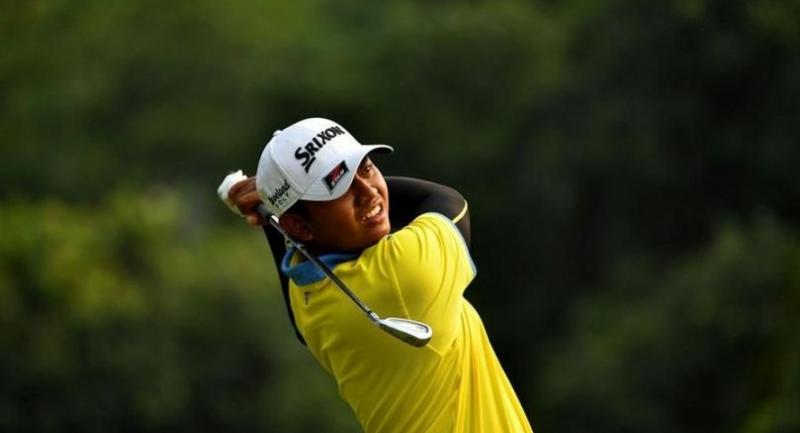 Penang - Malaysia’s Amir Nazrin set the early pace by posting a seven-under-par 65 to take the first round lead at the PGM ADT Penang Championship on Wednesday.

Amir, who is chasing his first win on the Asian Development Tour (ADT), enjoyed a bogey-free round by marking his card with seven birdies to take a one-shot advantage over Singapore’s Jesse Yap at the Bukit Jawi Golf Resort.

Thailand’s Nirun Sae-Ueng, together with Trevor Simsby and Jeremy Wendelken of the United States are tied for third after they returned with matching 67s.

Teeing off from the back-nine 10, Amir got his charge underway quickly with three birdies in his first four holes.

The Malaysian, who was denied his ADT breakthrough after losing in a three-way play-off in Indonesia last year, birdied 16 and 18 to reach the turn in 31.

After making five straight pars, Amir made further gains on holes six and nine to end the day with a 65 at the PGM ADT Penang Championship which is the fifth leg on the ADT schedule.

“I stayed patient all day and struck the ball really well. My iron play was good and I was really focused throughout the day.

“It was a bitter pill to swallow when I lost in the play-off last year. So I’m determined to make up with a good showing this week. It’s still early days but at least I’m in a good position and have a chance now,” said Amir.

Like Amir, Sukree is also hoping to secure his first ADT win after opening his campaign encouragingly.

A multiple winner on his home circuit, the 42-year-old believes he can translate his domestic form into wins on the ADT if he continues to play true to form.

“I know I have the game to win on the ADT. I just need to put together four solid rounds and right now, I have a good score already. It’s all about being consistent over the next three days,” said Sukree.