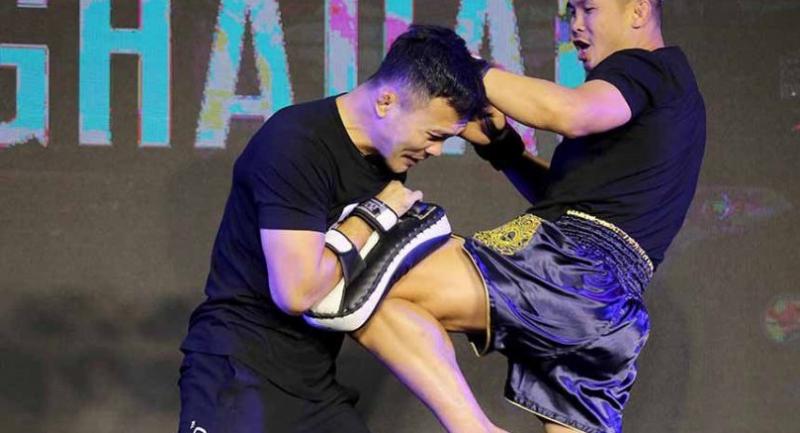 Sakon Nakhon fighter Nong-O Gaiyanghadao has set his sights on scoring the first knockout of his One career when he defends his Muay Thai bantamweight title against Japan’s Hiroaki Suzuki’s in the One: Warriors of Light bill at the Impact Arena Muangthong Thani on May 10. The 33-year-old former Muay Thai world champion has won all his three bouts in the One Championships series, including the one in February, when we took the One bantamweight world title against Chinese Han Zihao at the same venue. However, the former Rajadamnern Stadium and Lumpini Stadium champion has failed to decisively floor his opponents in any of his last three One fights and says he’s determined to defend his title with a knockout win this time around.

“To be honest I’m looking forward to my first knockout win in One Championships,” said Nong-O, who won all his three previous One bouts by unanimous decisions. “I have to wait for the right opportunity.”

Knockout or not, Nong-O is brimming with confidence that he will accomplish a successful title defence due to his solid Muay Thai skills.

“Thais are better than foreign fighters in terms of the technical aspects,” declared the Singapore-based Nong-O.

“I have been really well prepared for this fight, especially with regard to my fitness.

“I’m 33 already so I need to be really fit in order to compete with Japanese fighters who are known for their stamina.”

Asked about his opponent, the Thai mixed martial arts exponent said: “He is a southpaw with a dangerous kick and good flexibility but if I fight according to my plan, I can take him down.” Petchdam Petchyindee Academy is another local appearing in a feature bout – he takes on Elias Mahmoudi of Algeria in the inaugural One Flyweight Kickboxing World Championship.

Like Nong-O, the 20-year-old Petdam, a multi Muay Thai world champion, has won all his three previous One fights. Unlike Nong-O, however, they have all been by KO.

“I didn’t even take a Songkran break to prepare for this fight,” said Petchdam, a former champion at Lumpinee Stadium and WBC World Championships.

Petchdam, who comes from Ubon Ratchathani, also has his eyes firmly fixed on the One belt but isn’t underestimating his 21-year-old Algerian opponent, who has been training in Muay Thai since the age of 5.

“He is tall with some good punches and kneeing. I already have a game plan to face him. He should be careful not only with my kicks but also my punches,” Petdam said.

A total of six Thais will be in action on a night featuring 12 bouts.

Muay Thai superstar Rodtang Jitmuangnon will take on Sok Thy of Cambodia in One Super Series Muay Thai.