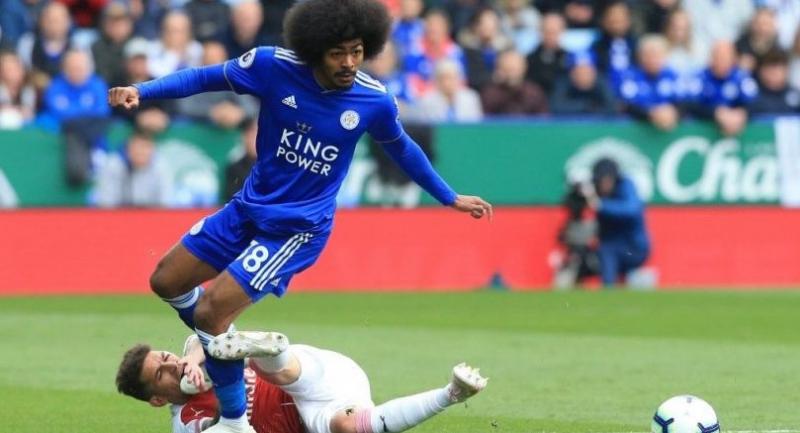 Leicester's Hamza Choudhury was Thursday charged by the Football Association with misconduct in relation to historical social media posts as manager Brendan Rodgers said the player was genuinely "remorseful".

Choudhury, 21, responded after the Twitter messages from 2013 and 2014 were revealed last weekend.

In June 2013, he wrote: "Why are black people so fast. Because the slow ones are in prison."

One tweet was critical of women's football, saying: "That has to be the worst advert sums up womens football to be honest."

Choudhury also wrote: "Sorry but I dont feel sorry for people who self harm or commit suicide."

The player apologised earlier this week, saying he had learned a lot but the FA announced it had charged Choudhury with misconduct in relation to the posts.

"It is alleged that the comments breach FA Rule E3(1) as they were abusive and/or insulting and/or improper and/or brought the game into disrepute," an FA statement read.

"It is further alleged that the comments constitute an 'aggravated breach', which is defined in FA Rule E3(2), as they included reference to ethnic origin and/or race and/or sexual orientation.

Rodgers said he would have no qualms about selecting Choudhury for Monday's clash with Manchester City, after revealing the youngster proactively apologised for the social media posts.

Former Celtic boss Rodgers said: "Firstly it was something that Hamza wanted to deal with. He was a 15-year-old at the time and certainly at 21 you are totally different. He was very apologetic and he wanted to put that out there.

"He's remorseful for his comments but when you make a mistake you learn from it."

Asked whether Choudhury is in the right frame of mind to play, Rodgers added: "He is absolutely fine.

"When you are a kid, you make mistakes. At 14 or 15 you will say something and it gets thrown back at you seven years later. He understands his comments aren't acceptable. He will learn from that and he will move on."

Choudhury has made 19 appearances for Leicester after emerging from the club's youth system.