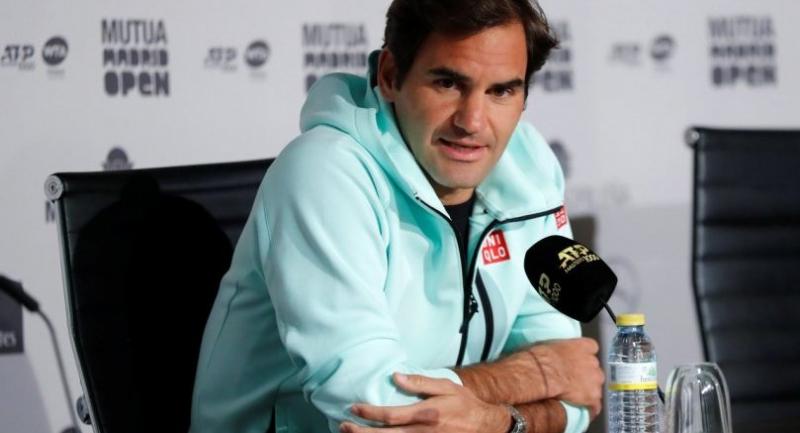 Madrid - Roger Federer says he doesn't have high expectations entering his first clay-court season since 2016 but has enjoyed practicing on the red dirt ahead of this week's Madrid Open.

Seeded number four in the Spanish capital, Federer is making his first appearance at the Caja Magica since 2015. The 37-year-old Swiss opted out of the clay swing the last two seasons but announced in January that he was ready to make a return to the surface this year.

He has a bye in the first round and will open his campaign on Tuesday night against either Richard Gasquet or Spanish teenage wildcard Alejandro Davidovich Fokina.

"It's been good. It's been fun. I was lucky, we had good weather when I started. So that helped because I remember three or four years ago, when I was practicing it was snowing, like this weekend in Switzerland, and that didn't inspire me very much to go practice on clay, or go into an indoor bubble and stuff, so this year was easy. I enjoyed myself a lot," said Federer, whose preparation period included a four-day training block at home with British world number 85 Dan Evans.

Seeking a fourth career title in Madrid, Federer was drawn in the same half of the draw as top-seeded Novak Djokovic and shares a quarter with in-form number five seed Dominic Thiem.

While some rustiness on the surface can be expected, Federer admits it wasn't too much of an uphill battle when it came to readjusting to the clay these past few weeks.

"Not too much, funnily enough. Look, it takes some time getting used to how to construct the points maybe a little bit more. Because there is more baseline, there is a possibility to play with more angles and height, I guess, off a hard ball you can roll it and spin it and go loopy, whereas on a faster court you almost have to hit against it. It is hard to take pace off the ball," explained Federer.

"So, from that standpoint, it's been interesting and fun. But not so challenging, to be honest. But then again, matches might be a completely different story.

"I have not high expectations in some ways, but at the same time I also know that things are possible. I mean Madrid always plays fast with the altitude here, so intrigued to find out myself. But it's been good so far."