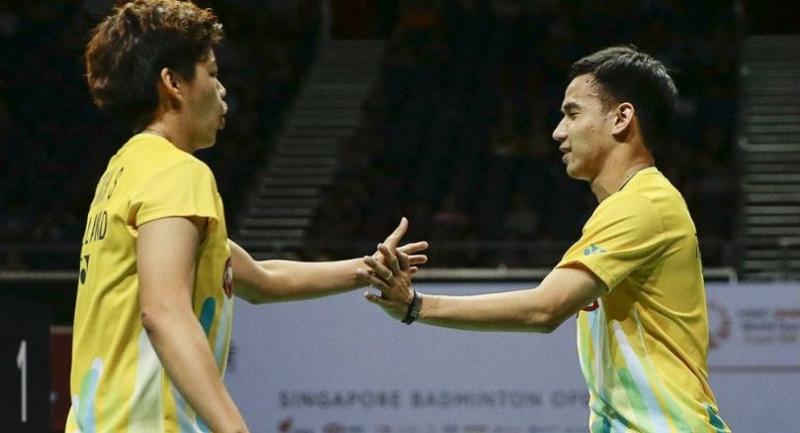 The superb mixed doubles team of Dechapol Puavaranukroh and Sapsiree Taerattanachai won the deciding rubber to lead Thailand to a victory over the inspired Russia in Group 1 A of the TOTAL BWF Sudirman Cup in Nanning on Tuesday.

Entering the tie in hope to finish second in the group behind Japan, the Kingdom’s shuttlers  looked in trouble when they found themselves fall behind Russia 1-2 from the men’s doubles, women’s singles and men’s singles matches.

Thai star Ratchanok Intanon remedied the situation following a 21-7 21-16 win over Evgeniya Kosetskaya to level the tie to one all.

However, world No 18 Kantaphon Wangcharoen suffered a shock defeat to the 62nd ranked Vladimir Malkov 13-21 15-21 in the men’s singles , leaving Thailand with no choice but to win the two remaining matches.

Women’s doubles word No 9 Jongkolphan Kititharakul and Rawinda Prajongjai kept the Thai hope alive by defeating Ekaterina Bolotova 21-9 21-14 as the two nations were locked at 2 all.

Thailand face Japan this afternoon in a battle for the group top spot. Win or lose, the two countries will proceed to the quarter-finals as the top finishers of the group.