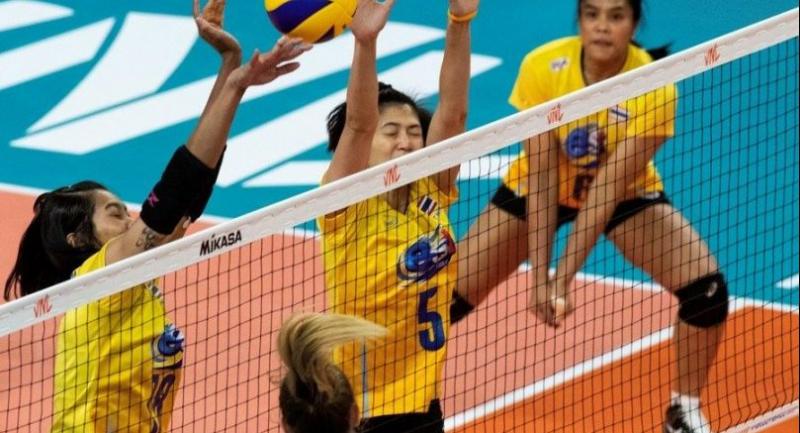 Thailand completed their mission in Pool 1 of the Volleyball Nations League in a dismal fashion after losing to two-time European champion Poland in three sets in Opole, Poland on Thursday.

Thailand, with just a win over Germany this week, will head to Macau for Pool 7’s actions which start on Tuesday. China, South Korea, and Belgium are also in the pool.

Thailand coach Danai Sriwacharamaytakul says:  "It is really hard to play against a top level opponent like the national team of Poland. The Poles are really tall and that was a huge problem for us. Also their block worked well tonight, so that made a difference. Anyway, we won one game in Poland and we are satisfied. We are happy that we had an opportunity to visit this country and play in front of these fantastic fans. We take only positive memories from Poland."

Poland coach Jacek Nawrocki says: "We opened this game nervously, because we lost a few points in reception. Later, we started to play well on the net. We played against Thailand before and it gave us some advantage. We had adapted to their style and it was not a big problem for us this time. We played fine under pressure. We missed a few balls in reception and we were not able to attack, but I think it's still a matter of team integration. We tried many options and later it all started to work well, but this is normal in volleyball. We are happy about these seven points gained during this week, but it's a pity that we didn't manage to defeat Italy, because wins are the most important in the VNL."

Thailand captain Nootsara Tomkom says: "It was a tough match for us, but that's what we had expected. The Polish players gave a great performance and played really powerful volleyball tonight. We tried to fight, but they were too strong for us. Moreover, the Poles are taller than us, which makes them even more efficient in block. It was their main power and helped them a lot. I think that in a few years Poland can be a top team in world, because they still improve their play and have many young and talented players."