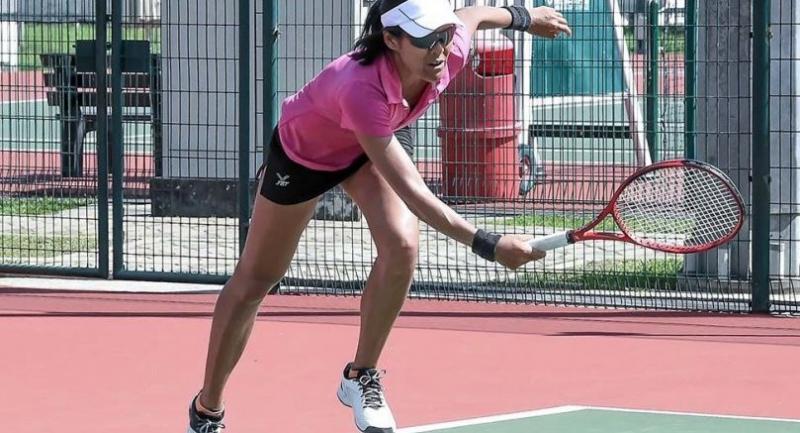 AT 32, most female tennis players have hung up their racquets. But Nudnida Luangnam believes her best is yet to come despite being two years into her fourth decade. Age is just a number for the Thai veteran, who yesterday won her third US$25,000 ITF title with an impressive victory over 2018 Asian Games mixed doubles gold medallist Aldila Sutjiadi of Indonesia 6-3 6-2 in the Singapore ITF Women’s 25K final.

Despite being the oldest Thai female player on the circuit, Nudnida is among the most productive with four wins since November.

“I never pay attention to how old I am,” said the former world No 195, now 643. “Sometimes I train so hard that people suggest that I shouldn’t be so tough on myself as I’m not young anymore,” added the player from Sukhothai, the first Thai to celebrate a singles ITF victory this season.

“In modern tennis, you have to be physically tough to keep up with the young players. That’s why I work hard and still enjoy the on-court routine,” said Nudnida, known as “June” to her friends.

After cracking the top 200 in 2013, Nudnida’s career looked in trouble when she was sidelined for eight months by an ankle injury in 2016. But at 29, she had no plans to call it quits and settle down to start a family.

“Now there are several players who still play great tennis at 30. Some retired but then returned to the ATP or WTA circuits and have had good results. So [age] numbers are not a problem here,” the 13-time ITF singles winner said.

Commitment, self-discipline and determination are what keeps Nudnida competitive in an era when Thai tennis lacks potential star to follow in the footsteps of Paradorn Srichaphan and Tamarine Tanasugarn.

She admits that the pressure to perform has eased as she’s grown older, but she’s focused more on her training plan – which has yielded results.

“When I was younger, I expected to climb up the rankings higher and higher and ended up feeling tremendous pressure. Right now I just love to work on the court and enjoy the competition. That keeps my motor running,” she added.

Retirement is still not in Nudnida’s plans. She wouldn’t hesitate to answer a call from the national team and still believes she has a bright future ahead. Watch this space.