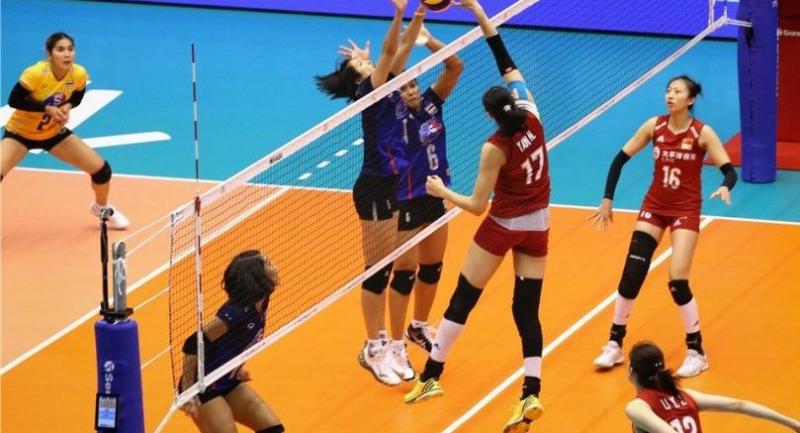 Thailand suffered their third straight defeat at Volleyball Nations League after they were overpowered by China 3-0 in Pool 7 in Macau on Tuesday.

The Kingdom’s team, with one win over Germany and two back-to-back defeats to Italy and host Poland last week, had no answers to the superior attacking game of the 2018 bronze medalist China, losing 25-21 25-17 25-9 at the Macau East Asian Games Dome in the second week of the tournament.

Thailand, who finished 15th in the opening season of the League 12 months ago, lost nine successive sets since the encounter with Italy. They play South Korea this afternoon.

Thailand coach Danai Sriwacharamaytakul said: "We fully expected a tough match against the hosts today. In the first two sets we received the ball well, but as the match went on we could no longer cope with China’s powerful serves."

Thailand captain Nootsara Tomkom said: "We enjoyed the match today especially in the first two sets, but we lost a lot of points on our serves in set three and we were unable to recover."

China coach Lang Ping said: "This is the first match since the return of most of our key players and they have all put in a great effort today. I feel our players need further improvements on team tactics and this match will serve as a good platform for building team chemistry and understanding."