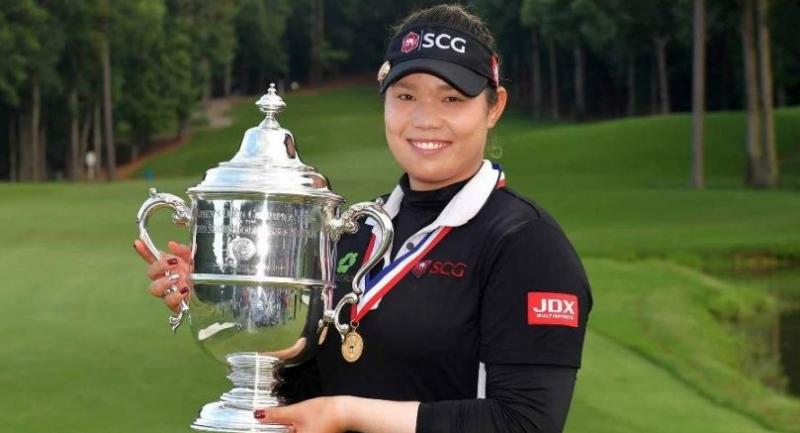 Ariya Jutanugarn with the 2018 trophy.

The winner of this week's US Women's Open will receive a record $1 million as part of a boost in prize money that will also see next month's US Open solidify its status as golf's richest major, organisers said Tuesday.

The United States Golf Association said in a statement prize money for the 119th US Open at Pebble Beach and the 74th US Women's Open at Charleston had each been increased by $500,000.

It means the US Women's Open purse will total $5.5 million. The $1 million winner's cheque on offer in Charleston this week will be the richest payout in the history of women's golf.

Top women's players welcomed the news of the prize money hike on Tuesday.

"I think it is very well-deserved, but I think overall golf is just growing as a sport. The players are very excited about the news, and hopefully we can just keep on improving."

The US Open, meanwhile, which takes place at Pebble Beach from June 13-16, will see its total purse increase to $12.5 million.

"The USGA is committed to providing an unparalleled experience to every player competing in its championships," USGA championships director John Bodenhamer said in a statement which announced the cash boost.

Tiger Woods earned $2.07 million for his win at the Masters in April, where the purse totalled $11.5 million.