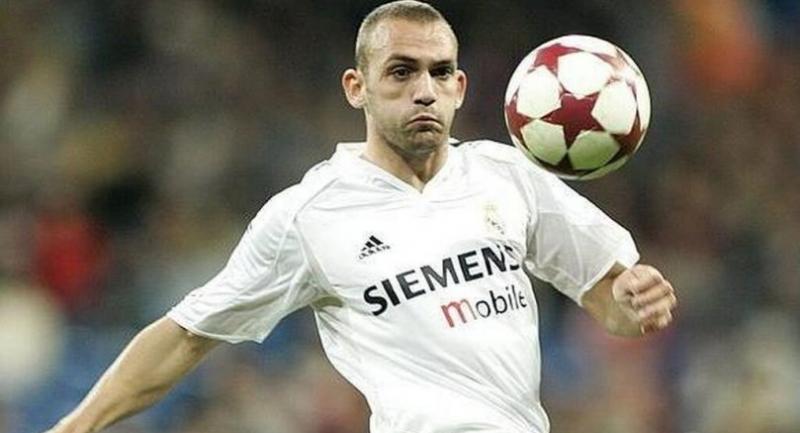 An operation against several footballers, ex-players including former Spain international Raul Bravo and club executives accused of fixing matches in the first and second divisions was underway in Spain on Tuesday, police and sources said.

In a statement, police said they were in the process of conducting raids in several, unnamed areas and planned to detain 11 people -- "retired and active footballers in the first division, active players in the second division and executives of a club."

Ten people have so far been arrested in Huesca, Madrid, Malaga, Valladolid, La Coruna and Ibiza.

A source close to the probe, who refused to be named, said that matches were allegedly fixed during this season and the 2017-2018 campaign.

Among them were several games played by Real Valladolid, a club majority-owned by former Brazil striker Ronaldo since September.

They include Bravo, a 38-year-old former Real Madrid player who once played for Spain, Borja Fernandez who played for first division Real Valladolid, and Carlos Aranda, a retired player who appeared for a string of Spanish clubs.

Samuel Saiz, a Leeds player loaned to Getafe this season, is also allegedly involved as is Inigo Lopez Montana, who played for Extremadura and Deportivo La Coruna in the second division this season.

The president of SD Huesca, another football club that climbed into first division this season before being relegated again, was also targeted.

It was as yet unclear whether they had all been detained.

Those at Huesca "are suspected of having taken part in match-fixing when they were in the second division," the source said.

The suspects are accused of match-fixing, belonging to a criminal gang and money laundering, police said.

They added their months-long investigation had "confirmed that the suspects reached agreements with various players to 'fix' at least three matches in the first, second and third division."

"The match-fixing related to the third division was unsuccessful, forcing the players involved to compensate the loss by doing another in the future," they added.

Police said that during one of the suspect matches in second division, "betting houses registered a cash volume that was up to 14 times higher than normal for this division."

A statement from La Liga, meanwhile, said it had made an initial complaint in May 2018 after a match between Huesca and Gimnastic de Tarragona (0-1).

It was unclear whether they were talking about the same match.

Javier Tebas, La Liga's president, told sports daily Marca that La Liga had been investigating this for over a year.

"It really hurts, because it affects a club I love, but the most important thing is to end corruption in football," Tebas, who was president of Huesca in the 1990s, said.

Match-fixing has been a constant issue in Spanish football.

In February 2018, at least 24 people were arrested nationwide in an operation into alleged match-fixing in Spain's lower leagues.

The ring was accused of using players to force situations such as corners or penalties in games in the third and fourth tiers of Spanish football. They would then make bets on these situations.

The conspirators under investigation had connections with China, where the bets were placed.

In January, Spanish police dismantled a gang that allegedly rigged professional tennis matches, detaining 15 people and probing dozens of others including a player who competed in last year's US Open.

The gang allegedly bribed tennis players to fix matches in ITF Futures and Challenger tournaments, the lower levels of the professional game where younger players start out before reaching the ATP and WTA Tours.

"Police are committed to fight to ensure matches are clean in all Spanish sports," the director general of Spain's National Police, Francisco Pardo Piqueras, told a news conference.

"Sports touches the hearts of millions of people, especially for millions of youths for whom it is the most important thing in their lives. I believe sports must be clean," he added.