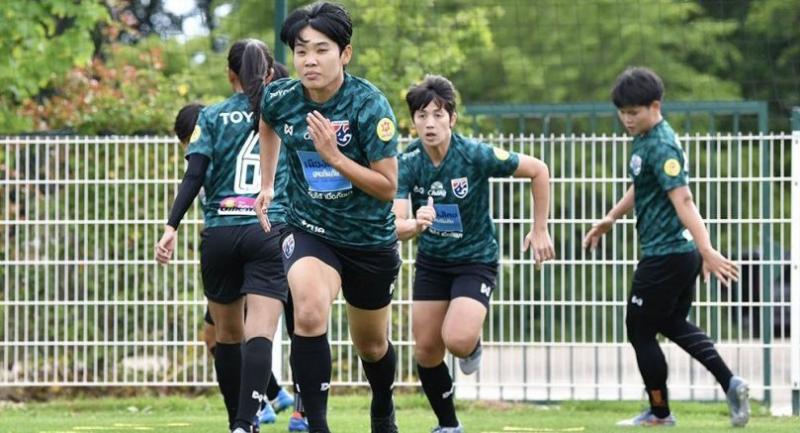 THE COACH of the national women’s football team says her players need a good result against Belgium in a friendly this weekend to boost morale ahead of the World Cup Finals in France next month.

After losing their first warm-up to World Cup hosts France 3-0 in Orleans on Saturday, Thailand now face tune-ups against Belgium on Sunday and Kontich FC in Leuven next Wednesday.

The Thai team are in training at the OHL King Power training ground in Leuven, Belgium amid unfamiliar chilly temperatures of 13 degrees Centigrade. National coach Nuengrutai Srathongvian is trying to shore up weaknesses from the match with Les Bleus.

“We are still focusing on the defensive game but we also working out a pressing approach and midfield strategy,” said Nuengrutai, who has been coach since the World Cup in Canada four years ago.

“Against Belgium, we hope to play better than the last game. We need to get a draw or even to win in order to gain confidence going into the World Cup,” added the manager.

The team also has to adjust to temperatures that are far cooler than the 30C they left behind in Thailand.

“The weather will be one factor that will affect us during the game. It’s quite cool and there is rain in the afternoon. The girls still have a few more days to get used to the conditions,” Nuengrutai added.

Thailand will make their second appearance in the World Cup after their 2015 debut ended at the group stage.

They kick off their campaign in Group F against world No 1 and defending champions USA on June 12 before taking on world No 9 Sweden on June 16 and Chile on June 21. – The Nation