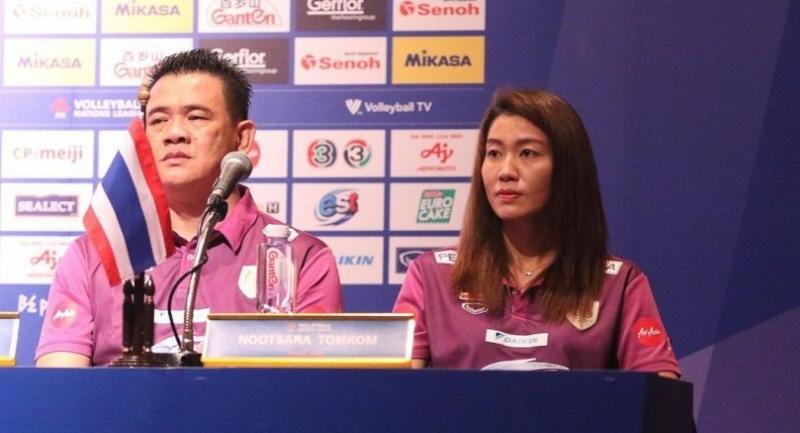 National volleyball  coach Danai Sriwacharamaytakul hopes a huge local turnout will inspire his team to cause some damages in Pool 11 of the Volleyball Nations League which stops in Bangkok this week from June 4 – 6 at Hua Mark Indoor Stadium.

Thailand managed only a win from each of Pool 1 (over Germany) and Pool 7 (over South Korea) out of six matches they have entered over the past couple of weeks. They will launch their campaign  today against Bulgaria at 6pm after the showdown between Dominican Republic and Turkey (at 3pm).

“Bulgaria, like other teams from Europe, have showned steady improvements in their standard of play. They step up to another level in several aspects ranging from defence, offence and blocking,” said Danai.

“We have to play aggressive game and keep them out of their comfort zone. However, cheers from fans will make the players maximize their efforts more than usual. So I hope to see big crowds show up every day,” added the national coach, hoping his side  to win more than two matches they did from the past season.

The national coach also said his players had been quite exhausted from travelling for three successive weeks. But he said they seemed to have more motivation when it comes to this home ciruit.

“They recover fast from fatigue. They are very active in the training as we try to test various systems in order to come out with the best line-up. We hope to show our best performance in front of the Thai fans,” Danai said.