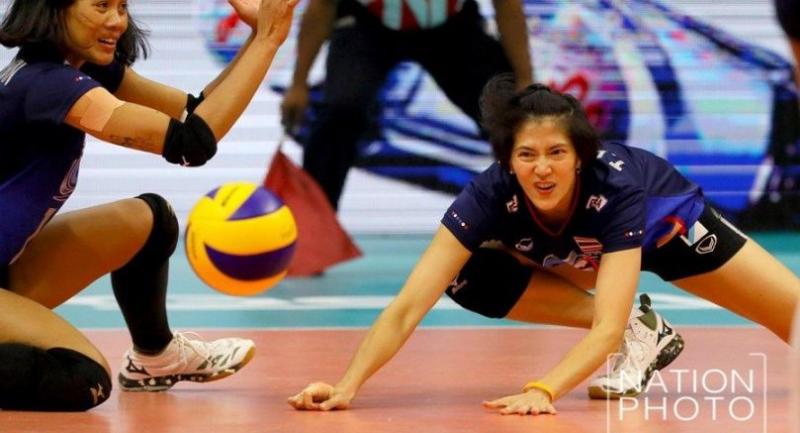 Thailand put up a great fight before falling to Dominican Republic  in the round-robin competition of Pool 11 of the Volleyball Nations League at Hua Mark Indoor Stadium on Wednesday. Playing in front of the full house, Thailand had no fear against the Queens of the Caribbean, trading blows with the tall and powerful opponents before falling  29-31 25-13 28-30 25-20 14-16 in the most entertaining showdown of the Bangkok stop so far.

The Kingdom failed to return the favour to Dominican who beat them 3-0 12 months ago at this venue. Out of eight matches since week No 1, Thailand have lost five with three wins from each of the three Pools.

Thailand face a daunting task against Turkey, the 2018 silver medalists, who outclassed Bulgaria 3-0 (25-14 25-9 25-23), in the last match of the Pool on Thursday.  Turkey extended their impressive run to 7-1, Bulgaria still have yet to win a match from eight attempts.