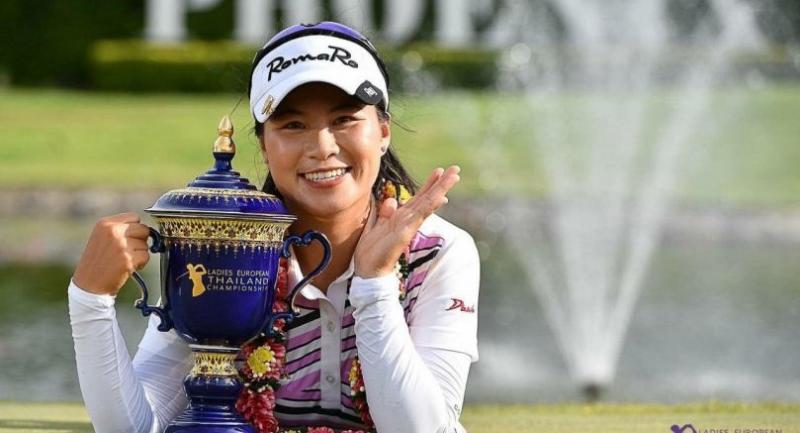 Kanyalak Preedasuttijit is poised to defend her crown in the Ladies European Thailand Championship which is scheduled at the Phoenix Gold Golf and Country Club in Pattaya, Chonburi from June 20-23.

A total of 126 players, top 70 from the LET, top 40 from the Thai LPGA and 16 from sponsor invites, will compete in a 72-hole stroke play format for which will select only top 60 players for  the weekend rounds.

Chonburi-based Kanyalak who has switched to compete more on the LET after winning the 2018 LET Thailand Championship says: “I’m so glad to be back at the Phoenix Gold Golf and Country Club where I had a good memory last year. I’m a bit under pressure as I have to defend my title for the first time. But I keep telling myself to focus more on what I have to do so that I don’t have to worry about the title defence too much.”

The LET Thailand Championship is one of Thailand’s leading women’s golf tournaments and will celebrate its third anniversary. Over the past two editions, Thai players including 2017 victor Atthaya Thitikul have reigned supreme in the tournament.

“The tournament serves as an arena for Thai players to pit their skills against leading golfers on the Ladies European Tour. It will prove a valuable experience for local golfers as it was to me 12 months ago,” the defending champion adds.

Apart from the world ranking points, the LET Thailand Championship winner will receive an LET Tour card which entitles them to berths into the British Women’s Open and the Evian Championship.

“It’s a great experience for me to be the only Thai playing regularly on the LET. I’ve learnt a lot of new things and techniques I didn’t know before. I hope a lot of fans will come to support us in the LET Thailand Championship and I keep my finger crossed that a Thai will win the title once more,” says the 21-year-old Kanyalak.

Live coverage of the LET Thailand Championship can be followed on TrueSport HD3 on June 22 and 23 between 1pm - 4pm. Tickets, Bt100 per day per person, are available at the public entrance to the course. Those under 18 and over 60 are exempt for entry fee.