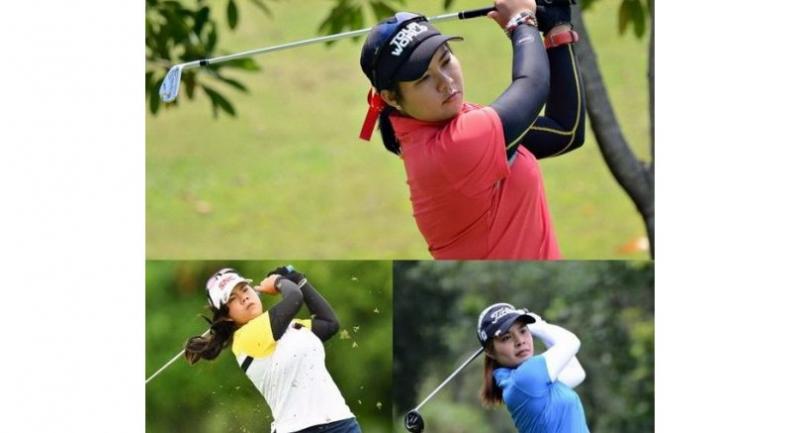 Three Thai players – Chonlada Chayanun, Parinda Phokan and Arpichaya Yubol – are ready to pit their skills against foreign competitors in the Bt11 million Ladies European Thailand Championship, which will be played at the Phoenix Gold Golf and Country Club in Pattaya from June 20-23.

A total of 126 players, top 70 from the LET, the top 40 in the Thai LPGA and 16 from sponsor invites, will compete in a 72-hole strokeplay format with the top 60 players qualifying for the weekend rounds.

Parinda and Chonlada are already established LPGA players, while Arpichaya is a teen sensation who hopes to use the home event to raise her international profile.

Chonlada, the current leader on the Thai LPGA Order of Merit, is among local players to have made an impression in the LET-Thai Ladies Professional Golf Tour co-sanctioned event as well as posting four top-10 finishes on the Thai LPGA tour.

“It’s probably one of the biggest tournaments for me as there are many good players,” said the 24-year-old from Nakohn Ratchasima, who finished third 12 months ago, five strokes behind the winner, Kanyalak Preedasuttijit.

“My goal is to achieve a better result than the last year but I’m trying to gain my confidence back as I’m adjusting my swing and cannot control the ball well. I hope to regain my confidence in time before the tournament.”

2017 Thai LPGA No 1 Parinda is poised for another impressive run after finishing tied for fourth four years ago.

“When it comes to a home tournament, you always wish to do well. I’ve done well on this course in the past and I hope to do even better this year,” said Parinda, winner of the Taiwan LPGA Sampo Ladies Open in April.

Last year’s Thai LPGA No 1 Arpichaya, 17, who posted a record of five straight Thai LPGA wins last year said: “I’m confident that I will do better than last year as I have been practising well for a month. I’m focusing on my game plan, which includes careful play on the greens. I cannot let myself under pressure in easy shots and must concentrate well before I hit the ball.”