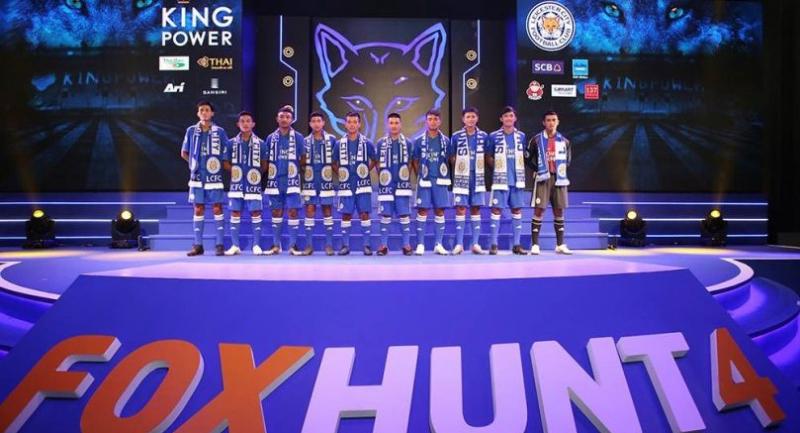 King Power yesterday announced the 10 youngsters that would take part in the fourth year of the Fox Hunt project.

The selected players, maximum age 16, will be trained at the Leicester City Academy and study near the English city for two and a half years.

The 10 teenagers have been selected out of 4,680 candidates from King’s Power Club 2018/2019 tournament and will join their predecessors from the previous season at the highly-rated LCFC academy. “Over the past several seasons, children in our programme have successfully developed their football techniques and physical condition and come home as powerful resources for Thai football.”

Steve Healey, International Academy Head coach, said: “ The Fox Hunt Season 4 players will be trained under the full UK standard football programme, which will shape them up for future football career.”

Several players from the first two seasons have made it to the national teams: Anon Samakorn from the first season was recruited for this year’s U22 AFF Championship in Cambodia, Kantapat Munpati, also from season 1, was part of the U19 AFF Championship 2017 winning team in Indonesia and Teerawut Suansan of season 2 was called for the U19 Panda Cup in China earlier this year.

The 10 youngsters will be encamped at the Fox Hunt VS Sport Club in Samut Prakan, where they will prepare their physical condition and take a compulsory English course from June 30.

One of the selected players – Tanachot Natin, a 16-year-old goalkeeper from Nakhon Sawan – hopes the overseas training will sharpen his skills and pave way for his football career.

“I will make every effort to make my family proud,” he said. “If I’m well trained, I hope for a great future.”