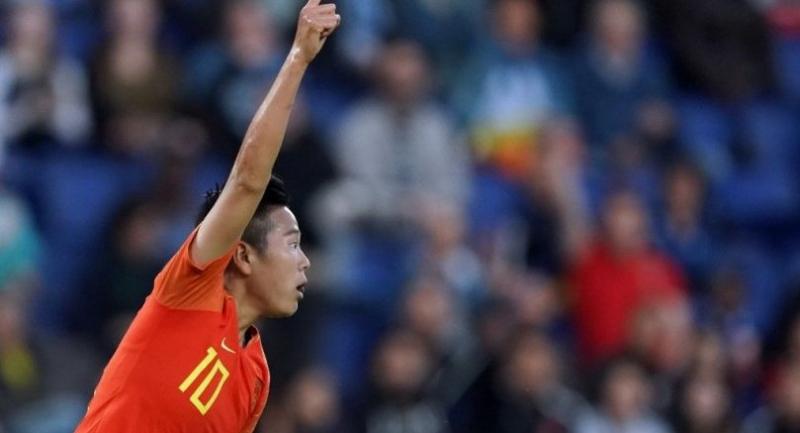 A solitary strike by Li Ying gave China a 1-0 victory over South Africa in Paris on Thursday and ensured that Germany and hosts France are guaranteed qualifiers for the last 16 of the women's World Cup.

Li, who was brought into the Chinese starting line-up following their opening 1-0 loss to the Germans in Group B, got in front of Bambanani Mbane in the box to turn in Zhang Rui's delivery five minutes before half-time.

China almost scored again moments later when Wang Shanshan's header at a corner came off the underside of the bar and bounced down, not quite crossing the line in its entirety.

The former runners-up deserved their victory, played out before just over 20,000 fans at the Parc des Princes, with South Africa lacking quality in the final third despite their efforts.

"This victory belongs to all the players, they deserve it. There will be more battles to come and I hope we can last as long as possible in this tournament," said China coach Jia Xiuquan.

The Germans, winners of the World Cup in 2003 and 2007, had beaten Spain 1-0 on Wednesday, having already defeated China by the same scoreline in their first match.

They have six points, three more than both China and Spain, who clash on the final matchday, meaning they are certain to finish in the top two places.

The result also confirms France's passage to the knockout phase from Group A, with the hosts now certain to finish, at worst, as one of the best third-placed teams.

South Africa's Banyana Banyana are still looking for a first point at this, their debut World Cup, but the forgiving format of the tournament means they are not yet eliminated, with four third-placed teams going through out of the six groups.

"I am very proud of the team," said Banyana Banyana coach Desiree Ellis.

"Obviously the result is not what we wanted but we will dust ourselves off and start looking forward. Each and every player in the squad can really pat themselves on the back for today's performance."