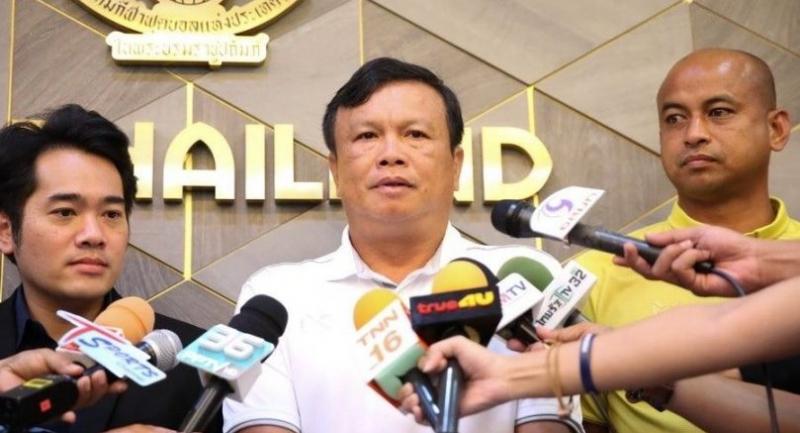 The 50-year-old caretaker coach took responsibility for the widespread disappointment at events in Buri Ram, where he presided over 1-0 losses to arch-rivals Vietnam in the semi-finals and to India in the third-place playoff.

“I want to stop my role as the national coach and give an opportunity for somebody else with proper ability to help develop the team,” said Sirisak, who had been widely criticised for the failure to win the King’s Cup, annual tournament hosted every year by Thailand.

The Kingdom won the Cup in 2016 and 2017 and this year was the first time since 2013 that the host country had failed to even reach the final.

Sirisak and his coaching team, including assistant coach Choketawee Promrut, will sever all ties role with the national team and he will head to Japan to focus on gaining his professional coaching licence.

He denied rumours that he had been approached to take a job with a local club, and said he had mixed feelings about his tenure with the national side.

“I’ve been proud to perform my duty for my country but I’m disappointed that I was unable to help the team win the King’s Cup,” he said. “I hope that Thai football grows and that fans continue to show support for the team.”

Having been an assistant coach, Sirisak made an immediate impact when he was suddenly asked to step up to the top job to replace Milovan Rajevac after Thailand were humbled 4-1 by India in an Asian Cup group-stage game in January.

Despite being handed the job at short notice, Sirisak lifted everyone’s spirits by masterminding a 1-0 win over Bahrain and a 1-1 draw with the United Arab Emirates, results which propelled the team to the knockout stage for the first time.

“Although I may no longer be in the coaching team, I will still cooperate with the Football Association of Thailand in other area,” added Sirisak, who also supervised Thailand to a runners-up finish at the China Cup in March.

His resignation came just two days after under-23 national coach Alexandre Gama also quit, citing unsuccessful results under his charge as his reason.

Pathit Supapong, Thai FA deputy secretary-general on international affairs, said no candidates were yet being considered for the vacancy.

However, he said the association would prioritise finding a new coach for the under-23s, who have the SEA Games coming up in December followed by the AFC U23 Championship in Thailand in January.