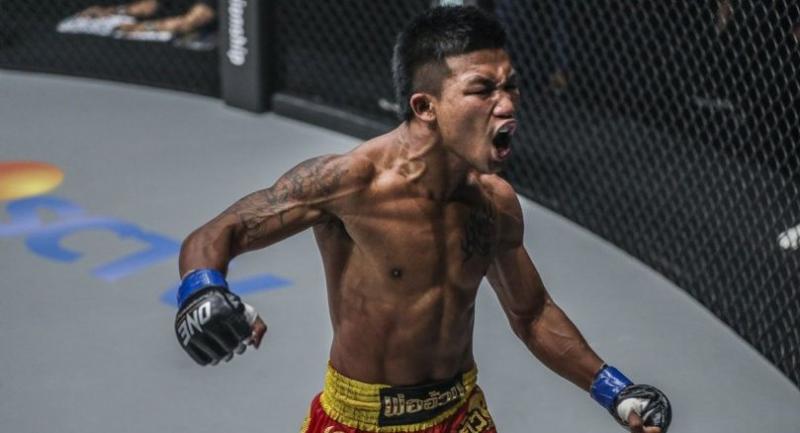 ONE Championship™ (ONE), has just announced ONE: DAWN OF HEROES, set for Friday, 2 August in Manila.

The Mall of Asia Arena in Manila will play host to another electrifying evening of world-class martial arts action. Once again, the world’s greatest martial arts athletes will descend upon the ONE Championship global stage to showcase their incredible skills. In the main event, reigning ONE Flyweight Muay Thai World Champion Jonathan “The General” Haggerty of the United Kingdom will defend his title against Rodtang “Iron Man” Jitmuangnon of Thailand.

Haggerty is already an accomplished martial artist despite his relative youth. He began training in Muay Thai at the age of 7 under the watchful eye of his father, John, who was himself an active competitor.

Haggerty quickly racked up multiple accolades in the sport of Muay Thai as an amateur becoming a three-time English Champion, three-time British Champion, and winning a European title as well. As a professional, he has dominated almost everyone he has faced to date, winning almost all of his bouts via knockout while facing the sport's elite.

Last May in Jakarta, Haggerty captured the ONE Flyweight Muay Thai World Championship after a stunning performance, upsetting former titleholder Sam-A Gaiyanghadao. He is now set to defend his title against Rodtang Jitmuangnon.

Like many Thai warriors before him, two-time Omnoi Stadium Muay Thai World Champion Rodtang started training at a young age when he was just 7 years old. He had his first professional Muay Thai bout at the age of 10.

Rodtang initially trained at a small camp in his hometown of Pattalung, but soon began traveling to the famed Jitmuangnon Camp in Bangkok in pursuit of better training. He would make the move permanent in order to train full-time and pursue his dreams of becoming a World Champion.

Rodtang was highly successful, compiling over 250 wins by the time he turned 21, and he even won the prestigious Omnoi Stadium World Title twice.

A four-time Lightweight World Champion, Alvarez is not just an incredibly exciting martial artist – he is also the only man in history to have claimed World Titles in both of North America’s leading promotions. Now that he is on the global stage, he is intent on cementing his status as an all-time great by capturing the ONE Lightweight World Championship to become the first man to conquer the three largest organizations on the planet.

He hit a stumbling block in his ONE Championship debut however, when he ran into Russian knockout artist Timofey Nastyukhin. Now Alvarez is on the comeback trail, and will need to defeat Filipino icon Folayang if he hopes to reinvigorate his chances at the ONE World Title.

Folayang, on the other hand, is the former ONE Lightweight World Champion. Born in Baguio City, he joined the Philippines Wushu Team, and won several gold medals to become a national hero. “Landslide” then transitioned to mixed martial arts under the instruction of Mark Sangiao at Team Lakay, and captured a Filipino Welterweight Championship in his June 2007 debut. Folayang made his promotional debut in the main event of ONE Championship’s inaugural show in September 2011.

Five years later, he returned to Singapore to capture the ONE Lightweight World Title, defeating the legendary Shinya Aoki. After losing the title, and then regaining it once more, Folayang defended the belt last March in a rematch with the Japanese warrior. The Filipino unfortunately fell via first round submission.

Up next for Folayang is perhaps the most difficult test of his career in the form of lightweight great Alvarez.

In a ONE Flyweight World Grand Prix Semi-final round, American sensation Demetrious “Mighty Mouse” Johnson takes on Tatsumitsu “The Sweeper” Wada of Japan.

A 12-time Flyweight World Champion, Johnson is widely considered one of the greatest pound-for-pound mixed martial artists of all time. In 2018, after completely dominating the highly-competitive North American scene with a record-setting run of 11 World Title defenses, Johnson decided to make ONE Championship his new home as part of a landmark deal.

Johnson made his ONE Championship debut last March when he took on Yuya Wakamatsu. “Mighty Mouse” overcame a spirited effort from his opponent to win by submission in the second round, advancing to the tournament semi-finals. Now, another Japanese warrior in Wada awaits.

Wada started his training with karate at his father’s insistence, and he later added judo to his growing skill set in high school before taking second place in a state tournament.

Wada was inspired to train to compete in mixed martial arts after watching some events on television, and he began training at the famed Yoshida Dojo after relocating to Tokyo in search of better training.

Nicknamed “The Sweeper,” he went a stellar 11-1 while twice capturing the Flyweight World Title in Japan’s DEEP organization and took an eight-bout winning streak into his ONE Championship debut. In his most recent outing, Wada overcame a spirited effort from Cuba’s Gustavo Balart, advancing to the semi-final round of the tournament to face Johnson.

In another ONE Flyweight World Grand Prix Semi-final bout, the Philippines’ Danny “The King” Kingadgoes up against former ONE World Champion Kairat “The Kazakh” Akhmetov of Kazakhstan.

Kingad is from Sadanga in the Mountain Province, but he went to school in Baguio. He began training in wushu at the famed Team Lakay in 2012, and went on to win gold medals in several local tournaments. Inspired by the success of his esteemed teammates such as former ONE Lightweight World Champion Eduard Folayang, he then turned his attention to the cage. Kingad made a successful start to his professional career in 2014, debuting with ONE Championship on the way to an impressive 8-0 record.

This earned him a shot at the ONE Flyweight World Championship against Adriano Moraes, but the Igorot warrior unfortunately failed in his first bid at World Title glory. Now, “The King” is back on the title hunt, but will have to get past former champion Akhmetov in order to clinch a tournament finals berth.

Akhmetov is a three-time National Greco-Roman Wrestling Champion in Kazakhstan. He also took to taekwondo, winning a regional championship.

In May 2010, he started his professional cage career in perfect fashion, taking the Eastern European scene by storm and winning his first 22 bouts. He then signed with ONE Championship in November 2015, with his first bout in the organization being against ONE Flyweight World Championship Adriano Moraes for the coveted belt. After five grueling rounds, Akhmetov won the title via split decision in a thrilling affair and reached the pinnacle of his career. He then lost the title in an immediate rematch with Moraes two years later, after a lengthy recovery period from a debilitating back injury.

Akhmetov now has the chance to make his way back to title contention as a contestant in the ONE Flyweight World Grand Prix. He will have to defeat Kingad first however, who stands firmly in his way.

In a ONE Lightweight World Grand Prix Semi-final bout, former ONE Featherweight World ChampionHonorio “The Rock” Banario of the Philippines steps in for the injured Lowen Tynanes to take on Russia’s Timofey Nastyukhin. Both men are looking to advance to the final round of the high-profile tournament.

Banario is a top contender at lightweight who has won six of his last eight contests in the division. He possesses immense power in his hands, particularly his left hook, which has led to five big victories by knockout throughout his career. A member of Baguio City’s famed Team Lakay, Banario faces one of his toughest opponents to date in Nastyukhin.

Nastyukhin, who shocked the world when he defeated Eddie Alvarez in the first round of the tournament via knockout, is a man on a mission. With only Banario standing in his way to the ONE Lightweight World Grand Prix Finals, the Russian stalwart will bring his heavy firepower to the ONE Circle, as he looks to end matters early and secure a finals berth.

Former ONE World Title Challenger Reece “Lightning” McLaren of Australia is back in action, this time taking on Japan’s Yuya “Little Piranha” Wakamatsu in a flyweight contest.

Both McLaren and Wakamatsu are looking to bounce back after early exits in the ONE Flyweight World Grand Prix last March in Tokyo. A victory for either means redemption, and moving further up the flyweight ladder.

McLaren, a Brazilian Jiu-Jitsu black belt, is known in the ONE Circle for his incredible grappling skills. Wakamatsu, on the other hand, is a former Pancrase Flyweight Tournament Champion. This matchup features two high-level martial arts athletes both at the top of their game.

Issa, from the famed Evolve Fight Team, has won most of his bouts via submission, in a career spanning over 20 professional bouts since 2006. The combat sports veteran has seen his fair share of tough challenges from the world’s top promotions. Conversely, Takenaka is one of the fastest rising stars on the local Japanese mixed martial arts circuit. A victory for Takenaka here could legitimize him as a top contender in the division.

ONE: DAWN OF HEROES

Tags:
ONE Championship™ (ONE) has just announced ONE: DAWN OF HEROES set for Friday 2 August. Rodtang to challenge Haggerty for ONE flyweight muay Thai worl