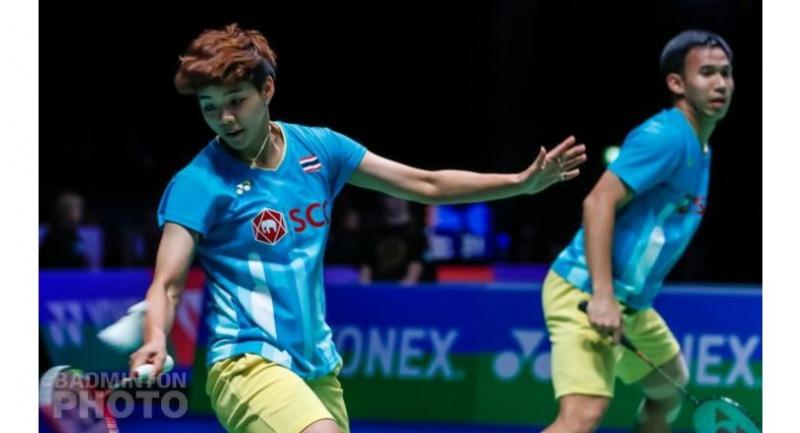 Dechapol Puavaranukroh and Sapsiree Taerattanachai have set their sights firmly on moving up from fourth to third in the world rankings as they try to qualify for next year’s Olympics in Tokyo.

The Thai No 1 mixed double pairing are preparing for three big tournaments next month: the Indonesia Open (Super 1000) and Japan Open (Super 750) and Thailand Open (Super 500).

“We want to reach No 3 in the world but it will be tough as the third-ranked team has a lot more world ranking points then us,” said Sapsiree. She and Dechapol have 77,933 points compared to 81,493 of Japanese world No 3 Yuta Watanabe and Arisa Higashino.

The 12-month Olympic qualifying period runs until next April, when world rankings will be used to select eligible teams for the 16 pair-draw.

“There are several aspects we have to fix in order to get ready for tough schedule. We need to have good results to guarantee our spot in Tokyo,” said Dechapol. He and Sapsiree won their only title this year at the Singapore Open, when they beat world No 1 Zheng Siwei and Huang Yaqiong in the semi-finals.

Both will have to take care of their physical condition, however – Dechapol will also have to play the Olympic men’s doubles with Kittinupong Kerden, while Sapsiree will line up in the women’s doubles with Puttita Supajiranukul.

“As we have to play mixed and doubles, we have to be really fit and try not to have injuries. However, the mixed doubles is still the priority,” Sapsiree said.