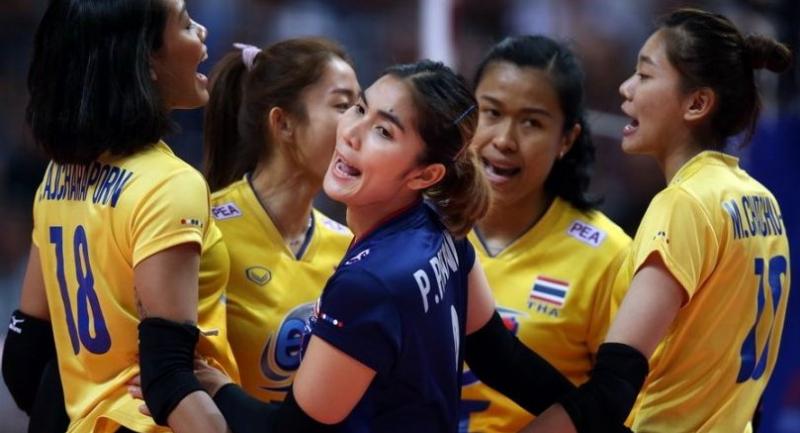 Thailand recovered from a first set defeat to stun seven-time world champions Russia 3-1 sets in pool 19 of their Volleyball Nations League match at the Team Sports Palace in Yekateringburg, Russia on Wednesday. The Kingdom’s squad, after losing the opener 19-25, put up a gutsy fight to beat two-time Olympic silver medallists 25-13 25-17 25-22 which marked their only second win against the Europeans from 16 meets.

The Danai Sriwacharamaytakul’s side have notched five wins out of 14 matches in five weeks while Russia suffered their 11th defeat.

"We have not changed anything in tactics compared to our usual game. Today we defended very well against the Russian national team and attacked aggressively. I can not say anything about the psychological state of an opponent, but such games happen to everyone. Of course, we are very pleased with this victory, we need to continue to play in the same spirit,” said Thailand head coach Danai.

Russia coach Alexander Krasilnikov said: "We are not accustomed to this style of playing - to the Thai team, to the Asian style. Thailand after the first points coped with the reception and beat us through a positional game. We could not cope on the block and in defence too.

"In the VNL this is our problem - we start the match well, but then we start to have problems. Perhaps today we lost concentration."

Thailand will face defending champions USA today at 6pm in their last match of the pool stage while Russia take on Netherlands.